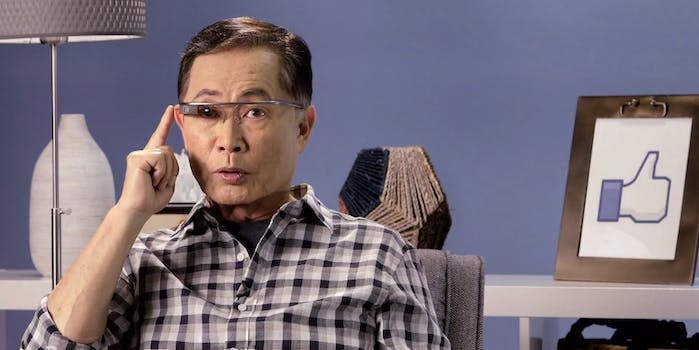 George Takei is already taking over the Internet one social network at a time, but now he’s finally made a venture into the next frontier: YouTube.

His newest project, Takei’s Take, debuted earlier Tuesday, and the biweekly webseries shows Takei demonstrating modern technology so that older Internet users will be able to understand it with the hopes that they would embrace it over 12 episodes.

Takei promised that the show would appeal to all audiences, from original Star Trek fans to their children and grandchildren, and cites his technophobic sister as someone who would benefit from the series.

The first episode looks at Google Glass, and it’s a mix of simple explanations and the standard Takei humor that we’ve come to know and love. He brings in tech vlogger Lamarr Wilson to give more insight at how the technology can be used in groundbreaking ways, but they manage to keep the conversation light-hearted.

And what sort of show would it be if Takei didn’t get in one of his signature “Oh my”s and a jab at Star Trek costar William Shatner?