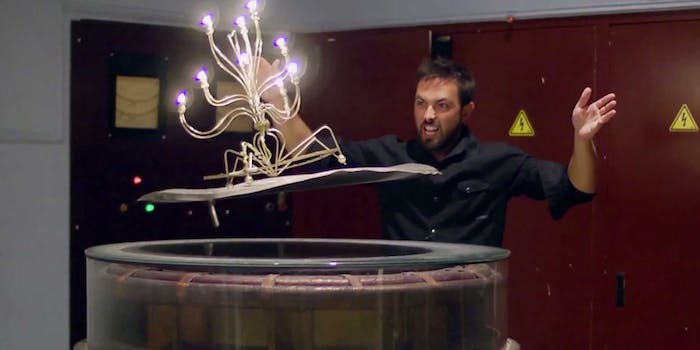 Why Geek Week is a natural fit for YouTube

YouTube has already tried its hand at comedy, but can it also geek out?

The company announced that it’s teaming up with Nerdist’s Chris Hardwick and the U.K.’s ChannelFlip for its first-annual Geek Week.

The announcement comes just days after the end of San Diego Comic Con, but with shows like Game of Thrones being watched (and pirated) by millions, superhero movies from Marvel and DC earning millions at the box office, and the success of the Harry Potter series, geek culture is being brought to the forefront.

And according to YouTube, there’s never been a better time to be a geek.

“Geeks are everywhere in popular culture,” Danielle Tiedt, YouTube’s chief marketing officer, told the Los Angeles Times. “You see that at YouTube as well: half of our top channels are in the geekdom area. … This is a great opportunity to really highlight this amazing content.”

For Tiedt, it’s also an opportunity to show casual viewers that the site is more than just a bunch of viral videos.

YouTube’s Comedy Week attempted to unite content creators and mainstream comedians in May with mixed results: the livestreamed Big Live Comedy Show was awkward and condescending at times, but for the content creators involved throughout the week, there was a 100 percent increase in subscriptions.

This time around, YouTube seems to be abandoning the marriage of online and mainstream content. It’s collaborating with geeky YouTubers who have already established themselves on the site, and it will bring in different YouTubers for both the U.S. and the U.K. audiences.

Taking place from Aug. 4-10, the company will feature Freddie Wong, Machinima, Tomska, and Felicia Day, among other YouTube creators, to introduce content focused on different areas of geek culture. The biggest name attached is Stan Lee, who launched his own YouTube channel last July, and will look into the world of superheroes as well as screen a trailer for Thor: The Dark World.

Bringing in Hardwick and Day, who Jason Schmid called the “undisputed King and Queen of Geekdom,” along with some of the site’s most popular geek-oriented channels, may make Geek Week a more worthwhile venture. At the least, there are plenty of subscribers who will tune into whatever these people do.

And if Geek Week turns out to be more than just a week of product promotion, YouTube may have a hit on its hands.