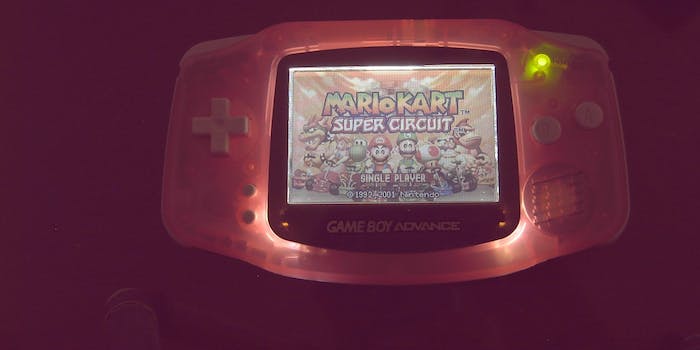 An 18-year-old from Texas just released your favorite new app.

You’d think that there was a whip-crack team of super hackers behind GBA4iOS, the fantastic new Game Boy Advance emulator that functions on nonjailbroken iOS devices—but there isn’t.

It’s the work an 18-year-old named Riley Testut, according to Toucharcade.

A senior at Richardson High School near Dallas, Texas, Testut has been creating iOS applications for years. At 13, he released a basic augmented-reality shooter called Shoot Around. From there, Testut went on to design Camera Prime before a chance encounter with a SNES emulator on Github led to the beginnings of the GBA4iOS.

Interestingly, the GBA4iOS project has been floating around since last year. However, the first iteration ended up suffering after Apple closed off the loophole that allowed for its usage.

The finalized app, released in February, turns your iPhone into an old-school Game Boy, allowing you to play classic titles like Pokemon Emerald, Super Mario World: Super Mario Advance 2, and Kingdom Hearts: Chain of Memories in a way that looks and feels like the real thing.

Here’s Testut at a viewing party for when GBA4iOS went live.

This kid deserves some extra credit at school.