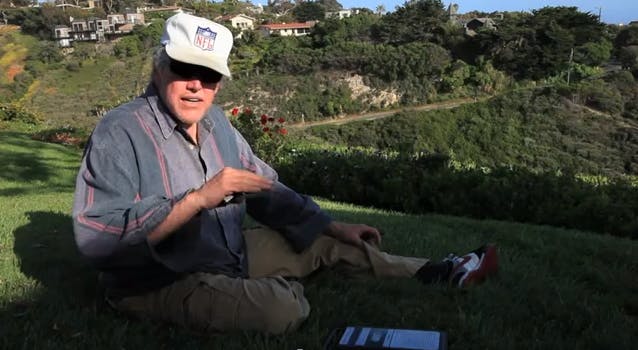 Gary Busey is now the world’s leading expert on Hobbits

The eccentric actor reveals a hidden passion for one of the most fascinating races in Tolkien's Middle Earth.

J.R.R. Tolkien is no longer around to tell you everything you need to know about Hobbits in The Hobbit and the Lord of the Rings trilogy, but now another Tolkien scholar can fill us in on anything we may have missed.

Actor Gary Busey bestowed his knowledge to us in a 2:17 crash course where he revealed previously unknown facts about one of Tolkien’s most beloved and “special” creatures.

“Hobbits are special,” Busey said of Tolkien’s fictional race. “They can see and hear things we can’t hear because Middle-earth has a different kind of SPZZZZT spiritual and physical and emotional energy going through it, so the Hobbits got one up on us on that.”

According to Busey, Hobbits travel in packs of four in order to get things done quickly—which may explain just how the Fellowship of the Ring made it to Amon Hen, but it took two more books for the Ring to be destroyed. Or possibly why Peter Jackson may need to split The Hobbit into three films: There’s only one Hobbit, and such adventures take longer without a merry band.

The creatures, who are supposed to have “wide underwear,” also have a problem similar to Dwarves in which they have trouble telling the difference between the sexes.

“Can’t tell the boys from the girls, which must make it exciting for them,” Busey noted, although by glancing at Bilbo Baggins’ family tree, they probably have figured something out.

If you also wondered why Tolkien never mentioned cockroaches in his novels, never to fear. Hobbits took care of those rather quickly in the background and even found uses for them for games, necklaces and hair clips (Julianne Hough, take note).

Busey posted the video to YouTube on Sept. 13, and it only had around 1,000 views until a few days ago, according to Film Drunk. It’s now at 85,227 views, while the other seven videos posted on his channel remain in the four figures.

Busey also uses his channel to answer any questions his fans have, as well as addressing his potential past lives.

“If you people out there have had past life regressions and feel like you might have been a Hobbit, let me know it!” Busey said. “And we’ll speak about Hobbitism.”