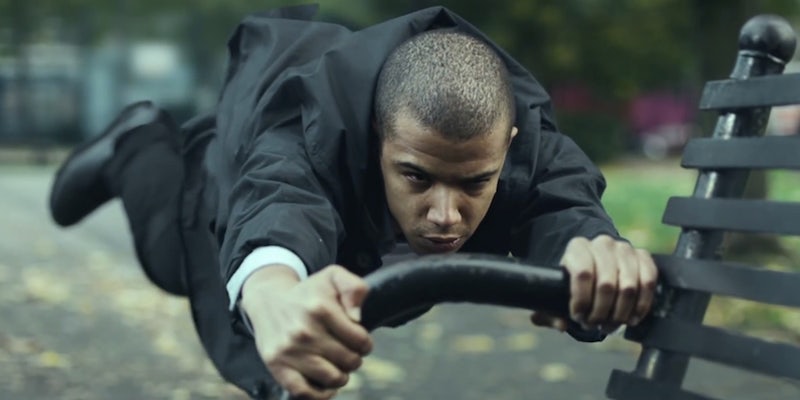 For those about to rock.

Game of Thrones is on hiatus, and while some people might choose to spend it by diving into the books the hit HBO show is based on, others have gone diving into a different direction: the cast’s professional past.

The Sean Bean death reel is an excellent place to start, but fans are going beyond IMDb pages now. A few weeks ago, Reddit discovered that Bronn, played by Jerome Flynn, was part of an English pop duo called Robson & Jerome that was popular in the U.K. during the mid-to-late ’90s. And on Monday, the same sleuths discovered that Grey Worm, a.k.a. Jacob Anderson, performed under the stage name Raleigh Ritchie.

YouTube is like a graveyard when it comes to actors’ early work—ripe with digital skeletons. You can easily stumble onto over a dozen Game of Thrones cast members’ ventures into music, which range from starring in music videos to full-blown careers.

You might not have the time or patience to find everything, so we’ve done the digging for you—and we’ve even rated their performances. (As fun as they were to see on the show, our list does not include Sigur Rós, who appeared during the Purple Wedding, or Coldplay’s Will Champion, who had a cameo as a drummer at the Red Wedding.)

A certified legend in some circles, Johnson’s band, Dr. Feelgood, is often cited as an early influencer of the English punk movement. On Game of Thrones, he’s Ilyn Payne, mute because the character had his tongue cut out.

Johnson released a new album this year with the Who’s Roger Daltrey, Going Back Home, and he’s been touring to support. That’s in spite of being diagnosed in March 2013 with terminal pancreatic cancer and was given 10 months to live. As of April 30, doctors remain hopeful following a radical surgery.

Ramsay Bolton might be one sadistic son of a bitch, but Rheon’s music is anything but. It fits right in with the sort of folk or acoustic music you’ll find playing in your local coffee shop—and maybe you already have. It would work in today’s world, and he’s already got three EPs out. (He’s also great live.)

Game of Thrones fans might just be discovering that the commander of the Unsullied is a musician in his own right, but Anderson has been performing under the stage name Raleigh Ritchie for years; some fans didn’t even realize it was the same person.

With three EPs under his belt and a debut album on the way, his music is club-ready for those on the other side of the pond. While some may be comparing him to Usher (and not in a good way), don’t let the Auto-Tune throw you off. It’s a completely different experience live.

Before he courted both Orphan Black’s Sarah Manning and the Mother of Dragons on the same weekend of television, Huisman both acted and sang on other shows. As Liam on Nashville, he would duet with Connie Britton’s character as a fellow musician and music producer, and he starred as Sonny, a drug-addicted musician, on Treme for three years.

It’s as Sonny where he gets to shine and even performed in New Orleans at the Treme Creole Gumbo Festival. There’s no post-production magic here.

The Red Woman also has an album of her own. Released shortly after her first season on Game of Thrones, there are 11 tracks to listen to but only two available on YouTube. Her music video for “Emily” even starts out with media commentary on actresses (like van Houten) and other performers who try to do something else, like have a music career.

The song is rather repetitive, with “Emily” uttered over 20 times in the song, but it’s also the most radio-friendly song on her YouTube channel.

We may not see Osha, Rickon, and Shaggy Dog in the North again for some time, but you can still catch her when you see Molotov Jukebox, where she’s the main vocalist and plays the accordion.

Her music isn’t something everyone will enjoy, but it’s eclectic, and she even included friend and Game of Thrones costar Oona Chaplin in her band’s latest music video.

Flynn was one part of Robson and Jerome, and while most of us in the U.S. may have never heard of them, they were pretty big in the U.K. during the latter half of the ’90s, even if some critics thought that the group “offered nothing new musically.”

The band’s popularity grew thanks to an appearance on the British show Soldier Soldier, but after a few singles, the two faded into obscurity.

Ser Jorah’s portrayer doesn’t have any record deals to speak of, but he’s still able to demonstrate his vocal talents in films and on stage. He received an Olivier Nomination (the U.K. equivalent of the Tonys) for Martin Guerre and took up a guitar and sang “If I Could Only Fly” in Small Engine Repairs.

This jam session during a break shows off what he can do.

Clarke has a lovely voice, but we only have a mere one-minute clip to base our rating on. It’s from the movie Dom Hemingway, in which she plays the estranged daughter of Jude Law’s character.

Chances are, you’ve already seen Dinklage at it. In an appearance on Sesame Street, he turned to song to explain why everyone had to do exactly what Simon said.

We’re not sure if Dinklage would be able to take on an album, but at this point we’d listen to him say just about anything.

With the terrible video quality it’s hard to tell, but Momoa first showcased his singing abilities on an episode of Baywatch. If you’re looking for something better, here he plays some tunes in front of a crowd at a Stargate convention a few years back, where it looks like playing the guitar is more of a hobby.

We already know that Allen is the brother of singer Lily Allen and was the inspiration for the song “Alfie,” but even he has the chance to let it all out during a scene in Agent Cody Banks 2. (It’s OK; we haven’t seen it either.)

Regardless, does anyone ever sound good covering “War”? It’s not exactly a karaoke staple.

Nairn is well-known by now for his DJ work—as well as the 70 ways he says “Hodor”—but it’s still worth a listen even if you can’t watch him do his thing anytime soon.