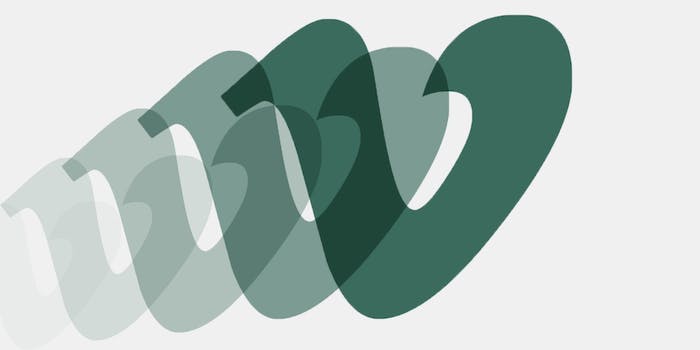 The future of Vimeo

Life in between YouTube and Hollywood has a lot of room for opportunity and innovation.

A glimpse into the future of Vimeo—long the bellwether for the online video industry—might shed some light on the future of the webseries as growing part of digital entertainment.

Founded in 2004 as an alternative to YouTube, Vimeo was the first streaming platform to offer HD quality. The video platform was also a leader in establishing an open API for developers while maintaining its reputation as being creator-friendly by offering a 90-10 revenue split for monetization. Its recent partnership with Indiegogo and investments in original content such as High Maintenance are proof points that Vimeo hopes to maintain its position as a home for leading independent film and webseries.

“I am in the business of giving you a platform to distribute your content and make it as easy as possible to manage it,” Greg Clayman, Vimeo’s general manager of audience networks, told the Daily Dot. “We live between Hollywood content at one and and YouTube at the other.”

Vimeo shares a trait common to the successful players in the online video marketplace: the ability to add new services that help stimulate the supply and demand parts of its business. For creators, the company’s open platform affords video auteurs access to a set of tools that promotes distribution to targeted audiences as well as analytics on the performance of individual short films or episodes. For example, Vimeo recently brought on StatDragon as a premium $20 add-on partner that can deliver granular details about user engagement. In 2014, Vimeo acquired Cameo, an application that assists videographers in their efforts to stitch together disparate mobile clips to create a seamless story.

Of even greater significance on the supply side is Vimeo’s investments in Maker Studios and Machinima to fund the efforts of emerging webseries and film creators. As a result of those investments, Vimeo will gain access to a continual stream of fresh content to add to its growing catalog of 55,000 on-demand videos. By adding to its library of pay-per-view (PPV) shows, Vimeo hopes to increase its estimated $40 million in revenue (reported in 2013), even if it only takes 10 percent of PPV sales. Working with third-party providers allows Vimeo also to grow its $199-a-year Pro service, which includes unlimited HD streaming, mobile/connected TV compatibility, and the ability to create a custom-branded video page.

All of which leads to possibility of Vimeo creating a subscription service to compete with Netflix, Hulu, Amazon Prime, and others. Vimeo CEO Kerry Trainor recently hinted that the company was examining the possibility of launching a premium business not only to compete with Netflix, but also to distance itself from YouTube. Trainor also said that Vimeo’s new publisher program, which allows the likes of the Atlantic to offer embedded Vimeo-hosted, branded video pages, will help grow his company’s user base. More users equal more opportunities to convert free subscribers to paid subscribers.

As Vimeo competes with the likes of YouTube, Netflix, and others with deep pockets, success in the online video business boils down to three key elements: curation, multiplatform delivery, and partnerships. The ability for consumers to discover new content and watch it on any device is at the heart of the future of video services.

In the area of curation, Vimeo takes a professional approach to its selections. “We have a large curation team, and they create staff picks, our on demand page, and have the job to and bring those selections to a large audience,” Clayman told the Daily Dot. And while Vimeo subscribers can create their own personalized channels by theme or category, there is no easy method to share those playlists. No matter how many machine-based and expert curators Vimeo and others employ, sharing of individual user playlists is a low-cost, proven traffic and engagement driver. In the second half of 2015, a number of video providers—including an emerging live video site—will be offering selected users the tools to curate and share personal channels.

On the multiplatform front, the growing trend for video services is to become a seamless part of the device experience whether it’s native to the smart TV screen or a click away via mobile. For example, Netflix is featured on device remotes from Sony, Toshiba, Panasonic, and Philips. On the remote for its streaming stick, Roku has Netflix, Amazon, M-Go, and (for some reason) Blockbuster one click away from access. Part of being seamless is offering a viewing experience that is tailored to the digital venue. While Vimeo scores well on the Roku, its Amazon Fire TV app does not include the ability to search. The only workaround is to use Chromecast (which Vimeo recently added) to search and stream from phone or tablet to the big screen. Whether the Amazon Fire shortcoming is an issue related to Amazon’s often mysterious application requirements is unclear.

Vimeo has scored big in content partnerships, with CEO Trainor underscoring its commitment by saying the company will spend $1 million in its Indiegogo deal. But where Vimeo may struggle in finding strong partnerships is within its ownership group, InterActive Corp. While video is a vital part of IAC’s dating sites Match.com. OkCupid, and Tinder, those clips don’t provide much for Vimeo from a business standpoint. Others in the IAC family, including CollegeHumor, Ask, Dailyburn, and the Daily Beast have channels on YouTube but not on Vimeo. IAC does not have a hardware or device company in its portfolio.

Lacking such organic partners is a barrier to competing in the trend of collapsing the video ecosystem so that one company—or a group of partner companies—controls the end-to-end experience in video. Amazon, for example, creates and buys content and has both the mechanism to collect money for the content and an array of connected devices for viewing. The same goes for Apple and Google. Having a cadre of blood relatives in your camp is not essential, but it sure helps.

More than any of its competitors, Vimeo understands creators, and it expresses that awareness by providing the financial and technical support to be successful. Life in between YouTube and Hollywood has a lot of room for opportunity and innovation. Vimeo’s ability to stay ahead of the curve and further its focus on its viewers will dictate its future trajectory.