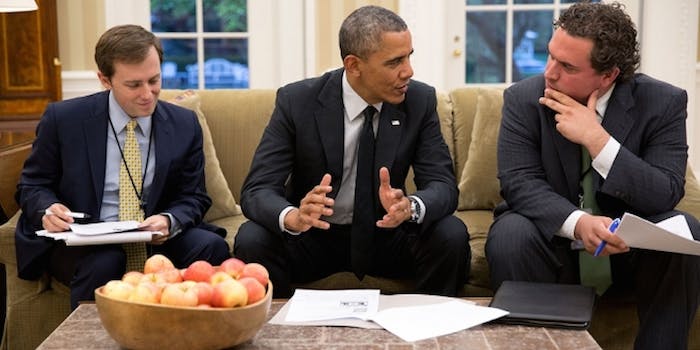 Funny or Die announced Wednesday that former Obama speechwriter David Litt has joined the company as head writer and producer at its new Washington, D.C., office.

Litt, who graduated from Yale Law School in 2008, served as head joke writer for Obama’s last four White House Correspondents Dinner speeches. That includes the “Luther the Anger Translator” sketch with Key and Peele, which garnered more than 35 million plays on the White House Facebook page. Litt has also contributed to sites like The Onion and McSweeney’s.

Funny or Die’s D.C. branch opened in April 2015 and has since produced videos in partnership with the American Heart Association, ClimateTruth.org, and the League of Conservation Voters—organizations Litt should be very familiar with from his time with Obama.

Litt is also working on a book about being a 20-something in the White House called That Hopey Changey Thing, which will be published by Ecco Press.