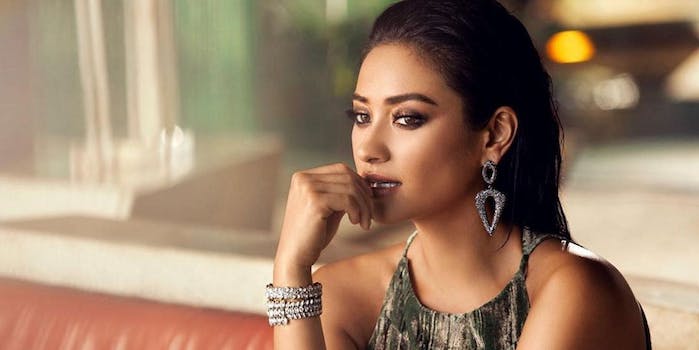 Can Fullscreen break out as a streaming service for the MTV generation?

Fullscreen isn’t slowing down on its quest to build a subscription video on-demand service for the MTV generation, as the company just announced a slate of seven original series that will arrive on the platform in coming weeks. The personality-driven shows aim to give viewers a glimpse behind the scenes at their favorite creators, including Andrea Russett, Pretty Little Liars star Shay Mitchell, and motivational speaker Lizzie Velasquez.

Russett, for instance, will host a previously announced talk show dubbed Apologies In Advance—premiering next Thursday—in which she will serve up cocktails and dish on relationships and sex with surprise guests. In Shades Of Shay, Mitchell will headline an eight-episode docuseries of sorts that follows her on her next chapter in life after wrapping her hit show. And Velasquez, who was born with a rare congenital disease but rose to fame after speaking out against cyberbullies, will interview guests on her still-untitled show to discuss how beauty standards have impacted their own lives.

Both Shades Of Shay and Velasquez’s show are set to premiere early this year.

“This new programming slate celebrates varied points of views as we encourage and partner with today’s stars to push their creative boundaries,” Scott Reich, Fullscreen’s SVP of programming, said in a statement.

Other new series announced by Fullscreen today include: Shan Boody Is Your Perfect Date, a 12-episode series in which the sex and relationship creator Shannon Boodram will perform dating experiments; GOAT Rodeo with Cody Ko, a weekly rant show about anything and everything starring the Vine sensation; Hella Gay With Amanda McKenna, in which the trans and queer activist will interview the unsung champions of the LGBTQ community; and a still-untitled sketch comedy show that tackles social issues starring Anna Akana and Brad Gage.

Boody bows on Monday, GOAT Rodeo debuts Jan. 20, Hella Gay will premiere on Feb. 1, and Akana and Gage’s series is slated for early 2017. Fullscreen is priced at $5.99 per month.