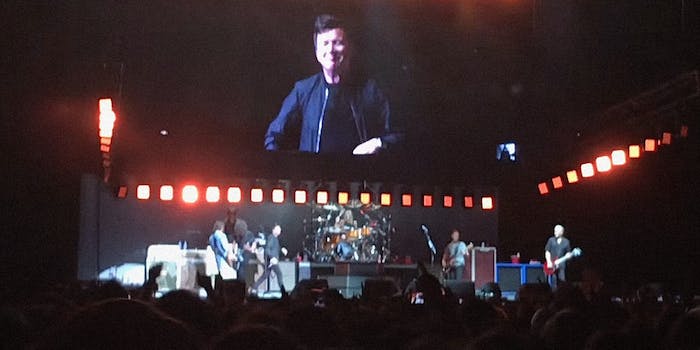 Foo Fighters and Rick Astley create the most meta Rickroll yet

This Rickroll has layers.

Once upon a time, a Nirvana-Rick Astley mashup defined 2009. And we know the Rickroll was born and raised online. So how do you bring those two pop-culture commodities together? Bring Astley onstage to combine the two.

This unlikely collaboration happened on Sunday, after frontman Dave Grohl announced Astley as “our new best friend.” The band started playing “Smells Like Teen Spirit” before Astley took over on the Rickroll.

Hearing Astley say “motherfuckers” might be the highlight, though.