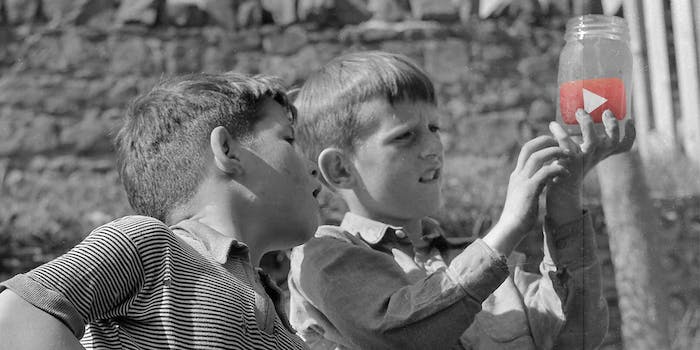 This is the first-ever YouTube video, and it involves a goat

The first YouTube video was uploaded nine years ago today, and it involves a goat.

YouTube cofounder Jawed Karim posted the inaugural video, simply titled “Me at the Zoo,” at 8:27pm on Saturday, April 23, 2005. It was shot at the San Diego Zoo, where Karim explains the trunks of elephants at the zoo, and then we hear a goat call out. It’s almost as if that goat knows one day, roughly a decade in the future, goats will basically run YouTube.

The man who shot the video, Yakov Lapitsky, went on to be a professor of chemical and environmental engineering. He claimed he “had no idea what he was getting myself into.”

The video currently has 14 million views, and 7,500 dislikes.