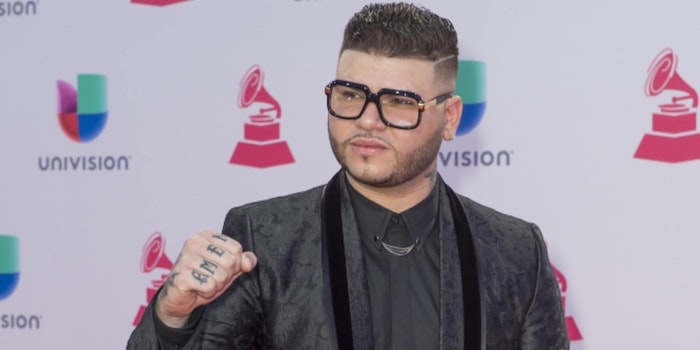 From TIDAL to Spotify.

It’s easier than ever to enjoy music online—and that can be a problem when you’re trying to figure out where to start.

Thanks to services like Spotify, Pandora, and YouTube Music, on-demand streaming services with a monthly subscription cost have become the expectation for consumers. They allow artists like Puerto Rican singer-songwriter Farruko to share their music to a much broader audience. But there’s a lot of competition for app real estate on your phone.

Getting access to high-quality music can be expensive and difficult, and often comes with no small number of ads. A few streaming locations manage to compile most—if not all—of Farruko‘s music, however, and won’t break the bank with subscription fees.

Farruko, whose real name is Carlos Efrén Reyes Rosado, first found fame back in 2010 when he released his debut album El Talento Del Bloque. Over the past several years, Farruko has solidified his presence through a series of popular hits. “Passion Whine,” released in 2014, ranked among the top Latin songs for 26 consecutive weeks, and “6 AM” earned Farruko two Premios Juventud nominations. His collaborations with popular artists like Nicki Minaj and Travis Scott helped him reach global popularity in recent years. Thankfully, Farruko’s music is easily accessible on a number of excellent streaming platforms—here are your best bets. 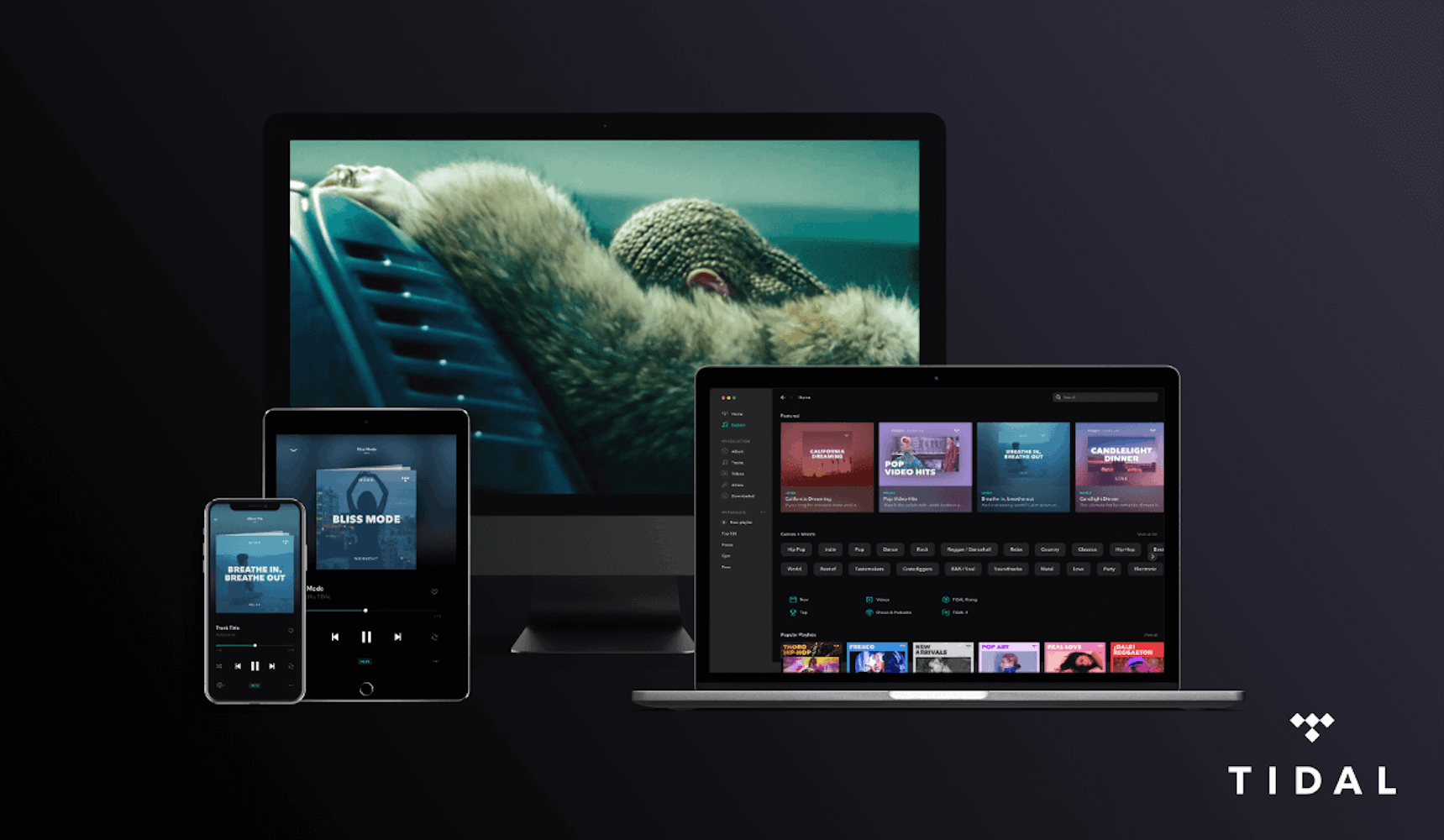 TIDAL, owned by artists including Jay Z, Beyonce, Calvin Harris, and Madonna, offers several subscription options and a 30-day free trial. The service offers all of Farruko’s albums, including his 2019 releases En Letra De Otro and Gangalee. As an added plus, TIDAL houses exclusive footage of Farruko’s performance for TIDAL X ROCK THE VOTE, which the platform hosted. A slew of videos are accessible from TIDAL, featuring some of Farruko’s most popular tracks. The site also curated a playlist of “Farruko Esenciales,” which compiles all of Farruko’s top tracks, as well as his collaborations with other artists.

Bottom line: It’s the most well-curated streaming service for fans of the Latin superstar. 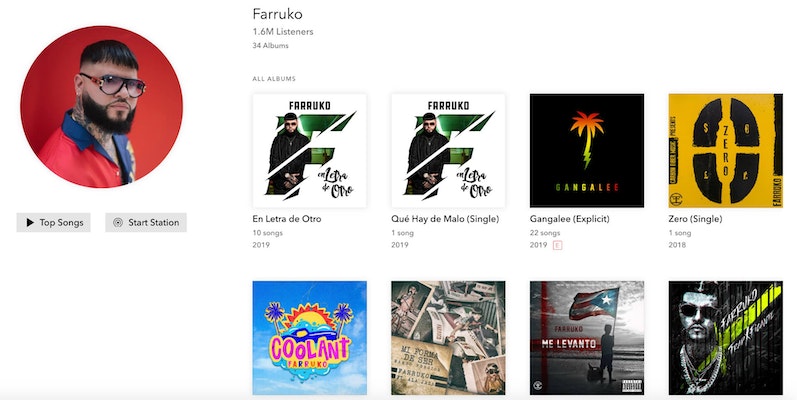 Pandora offers free listening with ads or premium ad-free subscriptions. You can get a 30-day free trial for Pandora Plus and a 60-day free trial for Pandora Premium. Pandora can also be streamed through SiriusXM. Pandora boasts a massive library of Farruko’s music, including his albums, singles, remixes, and collaborations. It also offers a radio station combining Farruko’s hits with similar artists.

Discounts: $4.99 per month for students.

If you didn’t know that YouTube offers more than just makeup tutorials, prank videos, and vlogging, you can also stream music on YouTube Music. This service has its own app and can also be streamed from your desktop. YouTube Music gives users access to all of Farruko’s albums, as well as his singles, remixes, and collabs. The site also lists playlists featuring Farruko’s music and suggest similar artists. 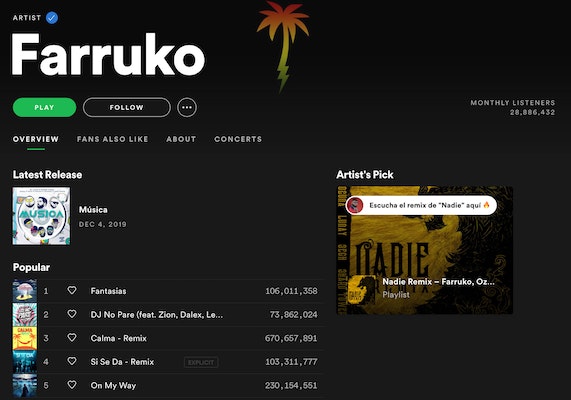 Discounts: $4.99 per month for college students, bundled with Hulu and Showtime.

Spotify was recently ranked as the best streaming service and the “pioneer in the music-streaming space” by Cnet. It offers free listening with ads and three options for purchasing Spotify Premium. Users can also try Spotify Premium free for three months. Spotify subscribers can get access to all of Farruko’s albums, as well as his singles and remixes. An added bonus to Spotify is the ability to browse and purchase Farruko merchandise. 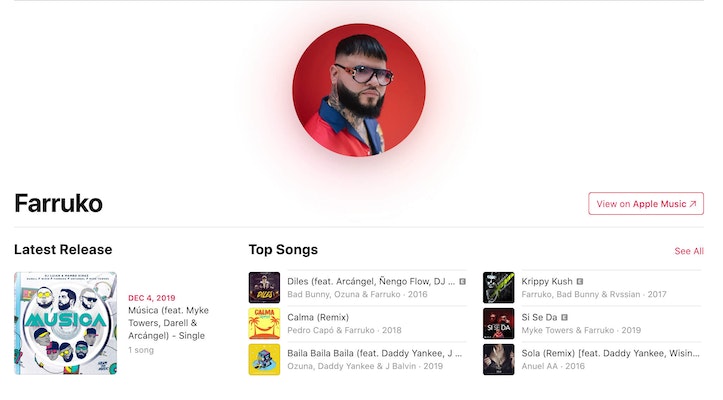 Discounts: $4.99 per month for college students,

Apple Music can be streamed from your iPhone, iPad, Apple Watch, and all other iOS devices. If you have an Android device, you can also download Apple Music from the Google Play Store. Apple offers a free three-month trial and three different plans for this ad-free service. Apple Music offers all of Farruko’s albums, his collaborations, singles, and remixes, as well as several playlists featuring his best work. The site also hosts several of his music videos and recommends one “essential” Farruko album: Visionary.