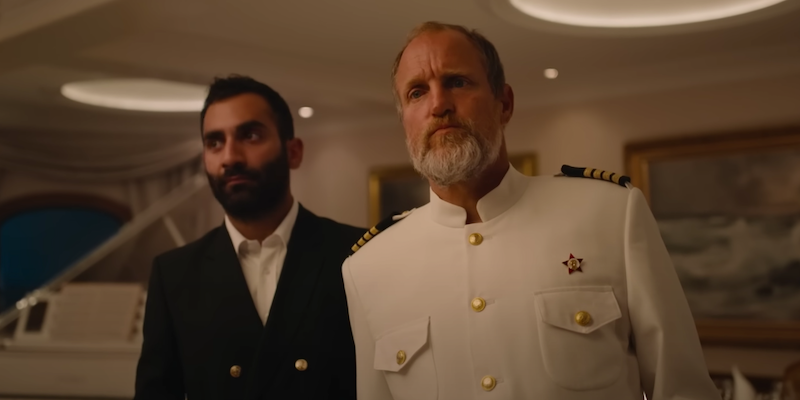 The best movies from Fantastic Fest

Here are some of our favorites from the fest, most of which will be released this fall.

Fantastic Fest took place over the last two weeks in Austin, Texas, and saw the big-screen debut of two streaming titles out on Friday: Marvel’s Werewolf by Night and Hulu’s new Hellraiser reboot.

It’s an interesting pivot for a festival that traditionally debuted studio films during its “secret screening” slots, but there’s obviously been a shift during the pandemic. Mubi, the curated streaming site, was a major presence at Fantastic Fest and the Toronto International Film Festival. It’s releasing Park Chan-wook’s new film, Decision to Leave, on Oct. 14, as well as Ali Abbasi’s buzzed-about Holy Spider.

Mubi’s founder Efe Cakarel told Deadline last month they “paid an irrational amount” for Decision to Leave, “because my data showed me that that film is worth significantly more than what the distributors were prepared to pay.” That should make major streamers take notice, but they seem to be a little preoccupied right now.

Culture Editor Tiffany Kelly and I compiled some of our favorites from the fest, most of which will be released this fall.

Director David Farrier (Tickled) wore a shirt to the Fantastic Fest debut of his new film that included a quote from con man Michael Organ, spoken to Farrier during an interview: “You probably would be quite an interesting person to know if you weren’t such a cunt.” That sums up the relationship between New Zealand journalist Farrier and Organ, a real-life energy vampire. After the screening, Farrier expressed regret for ever digging into Organ’s story, which initially involved community outrage over his expensive clamping of cars in an Auckland antique store parking lot. But after watching Organ—who claims he descends from nobility, and has deeply traumatized the majority of people he’s come in contact with—you can feel Farrier’s frustration over devoting years of his life to a man who is incapable of telling the truth. Late in the film, one acquaintance suggests Organ is an “evil spirit” and Farrier does not challenge that statement. —A.S.

Succession director Mark Mylod keeps his eye on rich assholes in his new feature film, which won the Audience Award at Fantastic Fest. This satire of food culture is absolutely a movie you want to experience with people, and seeing Anya Taylor-Joy and Ralph Fiennes circle each other is a thrill. —A.S.

Class satires are a popular theme for fall 2022 films. Ruben Östlund’s Triangle of Sadness, out Friday, echoed The Menu’s commentary of the wealthy’s love of excess and luxury. But Triangle of Sadness offered a little more to chew on. At nearly two-and-a-half hours long and divided into multiple parts, the story feels like like an epic tale of capitalism and privilege. The last third of the film is the most interesting because it asks the question, “If you didn’t live in a society that cared about status, would you survive?” Also, it has the most projectile vomiting I’ve perhaps ever seen in one movie—along with other bodily waste. Watch Triangle of Sadness with a large audience so you can laugh and grimace together. —Tiffany Kelly

This Paramount+ original didn’t quite nail the ending, but its killer scares and Sosie Bacon’s performance even it out. Honestly, this was the first film since Hereditary that made me put off going to bed, so it is effective. And that apparently resonated: Smile hit No. 1 at the box office opening weekend. —A.S.

Around the world, people have been protesting in the wake of the death of Mahsa Amini, a 22-year-old Iranian woman who was arrested by the country’s morality police for allegedly not following its hijab law. She went into a coma shortly after the arrest, and died days later.Ali Abbasi‘s Holy Spider, which was selected as the Danish entry for the International Feature Film category for next year’s Oscars, is based on the story of a real-life serial killer who targeted female sex workers in Iran. But its overall message is about how misogyny grows and spreads, and there are obvious parallels to what’s happening currently in Iran. —T.K.