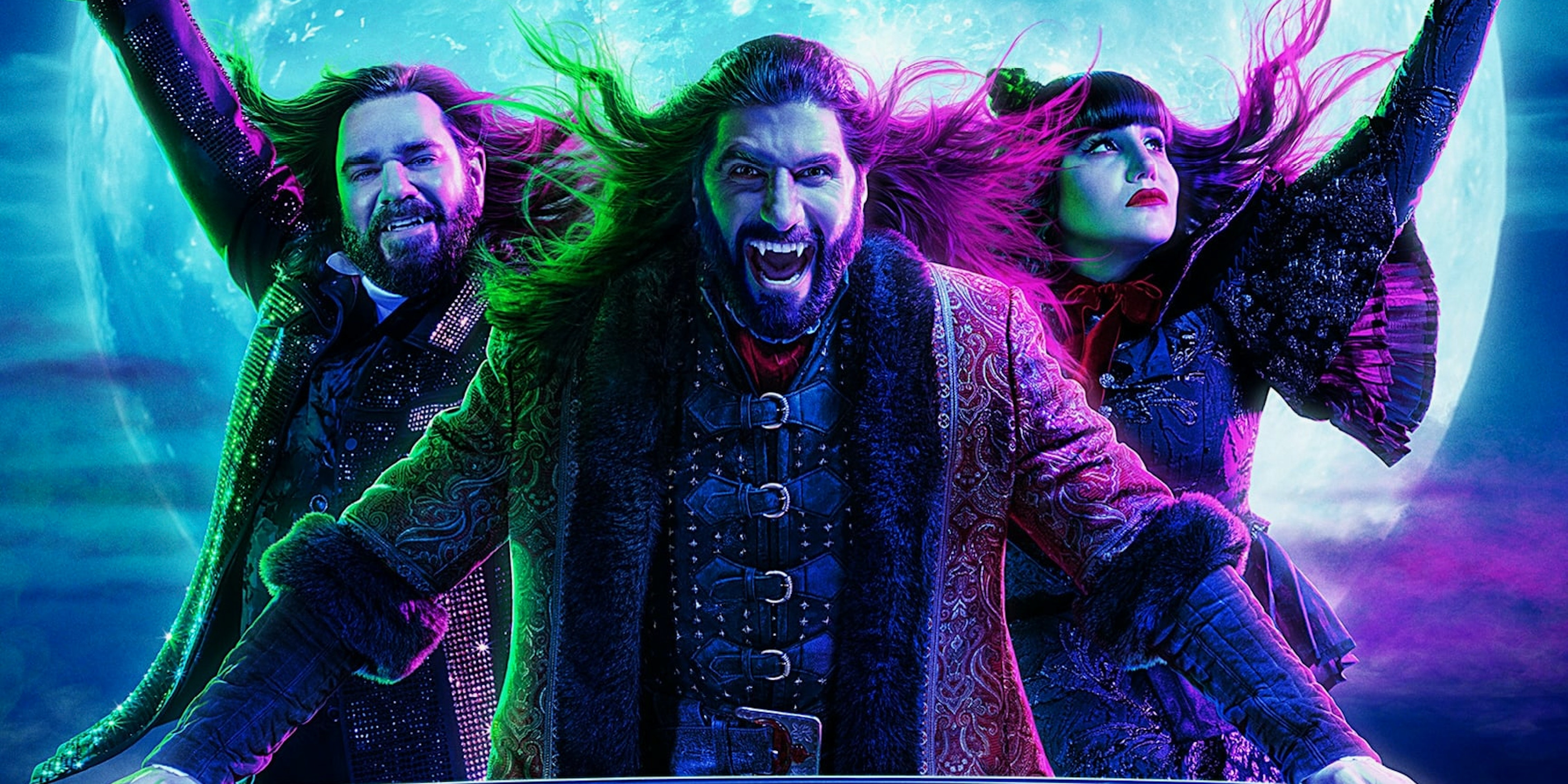 This week in streaming: ‘What We Do in the Shadows’ is one of the best shows on TV

Plus: Our review of 'Spencer' and a deep-dive into the Vin Diesel-Dwayne Johnson feud.

The TV landscape such been a vast treasure trove lately, so I’ve been spending a lot of time playing catchup. Over the past few weeks, I’ve finished What If…?, HBO’s Scenes from a Marriage miniseries, all of Squid Game, and a rewatch of Ted Lasso season 2. But no show has made me laugh harder or more consistently lately than What We Do in the Shadows, which recently concluded its third season. (The show airs on FX, but all three seasons are streaming on Hulu.)

A Staten Island-tinted spin on the 2014 mockumentary from Taika Waititi and Jemaine Clement, FX’s WWDITS didn’t take long to step out of the proverbial shadow of its predecessor.

Modern-day Staten Island (the borough of New York that most people tend to forget about) proved to be fertile ground for a group of vampires who had absolutely no idea how to function in a modern world, and Colin’s unique abilities as an energy-sucking vampire provided plenty of great comedic moments. It consistently has one of the best guest casts and gags on TV, and watching Guillermo accidentally kill vampires aplenty (outside of his own found family) never gets old. Plus, Jackie Daytona!

It’s easy for a show that’s already hit its stride to get comfortable or lazy. But over the course of its 10-episode season, WWDITS expands its world. The vampires of Staten Island are given more power, leading to lots of amusing friction. Colin attempts to discover where he comes from as he’s about to turn 100; Guillermo tries to gain some power in a relationship that’s all about the power imbalance; Nadja tries to maintain her stake as a leader; Laszlo cultivates a friendship; and Nandor attempts to find love and falls into an existential crisis.

There are some familiar faces, but the joy also arrives with new characters both supernatural and human.  And it launches an emotional slow-burn involving the two of WWDITS’s unlikeliest characters, which very much pays off by the season’s end.

Although WWDITS is a critical hit and enough of a success that FX already renewed it for season 4—which, considering how season 3 ends, is very much a relief—it always felt like it’s flown under the radar. But that just means that some of the funniest moments of the year—for me, it involves a ghost and an inflatable union rat—are right there waiting to be discovered.

Get the best sleep of your life—the natural way! Meet Woven Earth, the premium organic CBD brand that offers the best solution to your sleepless nights. Its full-spectrum hemp extract capsules are formulated to soothe aches, inflammation, stress, and restlessness, so you can fall asleep easier and stay asleep longer.

Trusted and recommended by doctors. Make Woven Earth a part of your night routine and save 20% on your order with code DAILYDOT20.

Pablo Larraín’s Spencer is closer to psychological horror than a traditional biopic. Set at Christmas in the early 1990s, we see Princess Diana (Kristen Stewart) join the British royal family at their chilly Sandringham Estate, where she’s surveilled at every turn by disapproving servants. Her marriage to Prince Charles (Jack Farthing) is a disaster, and every moment of the holiday is rigidly scheduled with events she’d prefer to avoid. The only thing Diana can control is her diet, with Larraín placing her bulimia at the center of the story.

This is an unofficial sister movie to Larraín’s brilliantly tense Jackie Kennedy drama Jackie, which starred Natalie Portman in a thematically similar role: A glamorous and high-strung celebrity wife, privately breaking down while spectators dog her every move. Like Jackie, Spencer is full of claustrophobic handheld camera shots chasing its protagonist down palatial hallways. And like Jackie, it’s dominated by unsettling music—in this case, written by the brilliant Jonny Greenwood (Phantom Thread). Greenwood’s score ratchets up the tension with jazzy, off-tempo percussion and repetitive orchestral riffs, surrounding Diana as she repeatedly tries and fails to escape the restrictions of palace life.

Stewart is an unabashedly weird casting choice for Diana; an edgy American star playing an icon of sentimental British nostalgia. She also arrives in the midst of a renewed interest in Diana as a public figure, thanks to The Crown (a more straightforward style of biopic), the much-derided Diana: The Musical, and the recent buzz of attention around Prince Harry and Meghan Markle’s separation from the royal family. Spencer is now playing in theaters.

Vin Diesel and Dwayne Johnson have the best kind of Hollywood feud. It’s petty. It’s ego-driven. And since neither of them is necessarily in the wrong, you’re free to take sides with impunity. Almost as if this whole thing was partially orchestrated by a former professional wrestler!

The feud may stem from both actors wanting to be the top dog of the Fast and Furious franchise. An unsolvable conundrum, because while Vin Diesel is the producer and first-billed star, Dwayne Johnson is probably more famous outright.

Johnson joined the franchise in Fast Five (2011), but by Fate of the Furious (2017) the two actors were openly feuding, with Johnson calling out unnamed “candy asses” and “chicken shits” among his male co-stars. Johnson’s character Hobbs then moved over to his own spinoff, leaving the main Furious crew behind. But according to Diesel’s latest Instagram post, Diesel wants to build bridges and invite Johnson back for the 10th movie.

While allegedly an attempt to make peace, this post carries some obvious callbacks to the ongoing feud. Let us first take a look at the photo. It’s a shot from Fast Five, but it’s not a high-quality screenshot. It looks kind of warped, making Vin Diesel appear larger than the Rock. This seems to be a recurring insecurity for Diesel, as proven by an infamous scene that was filmed to make Diesel look bigger when the two are standing face to face.