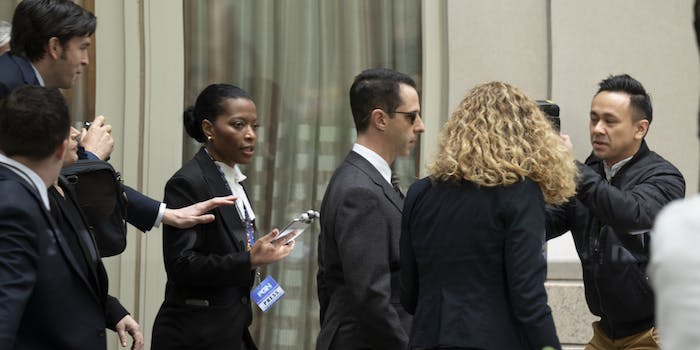 Even after his biggest moment, Kendall Roy is still painfully thirsty for approval.

If you’ve ever asked yourself, “Why doesn’t Elon Musk just log off?” the new season of Succession offers some answers.

We’ve waited two years to see the aftermath of Kendall Roy’s explosive press conference, publicly breaking ties with his father Logan, the malevolent patriarch of the Roy family. After a lifetime of trying to live up to Logan’s impossible standards, Kendall finally decided to take his father down, implicating him in an abuse scandal. In theory this puts Kendall in a morally superior position, giving him leverage to take over Waystar Royco. But within minutes of Kendall’s headline-grabbing announcement, season 3 makes it clear that he’s just as insecure and indecisive as ever.

As the Roy family splits into two factions, we’re reacquainted with Logan and Kendall’s very different (but equally terrible) styles of leadership. Logan is standoffish and manipulative, delegating everything to his underlings before making swift, aggressive, mercurial decisions. Meanwhile, Kendall gets bogged down in corporate jargon, continually asking people for advice and then talking over them in nervous, self-aggrandizing outbursts. The most tragicomic thread of the season 3 premiere is his ravenous hunger for reassurance.

Leaving the press conference, Kendall is accompanied by his assistant Jess and Cousin Greg, who Kendall immediately promotes to “social media monitoring.” Greg picks up this task with characteristic incompetence, taking note of positive memes (surely irrelevant to the seriousness of Kendall’s position), and announcing that the Pope just followed him on Twitter (it’s actually a parody account). Kendall doesn’t care that this information is useless. He just wants outside confirmation that he’s making the right choice because up until now, his only yardstick for success was paternal approval—an unattainable goal.

“Seems like maybe you’re the best man in the world!?” Kendall’s girlfriend teases him over the phone; precisely the message he wants to hear. But the rush of flattery only lasts the length of their phone call, and when Kendall arrives at his ex-wife’s house to set up a temporary HQ, he starts campaigning for her approval as well. (With a strained smile, she avoids commenting either way.) The most excruciating moment arrives when he interviews a pair of social media experts to manage his new image; a classic Succession scene where genuinely competent people come into contact with the chaotic world of the Roys.

Kendall just launched a massive feud within one of the biggest media conglomerates on the planet. He and his father are both vying to hire the same power-lawyer for a court battle involving the U.S. government. But the one thing Kendall really cares about is looking good. As soon as the consultants begin to pitch their strategy, he cuts them off with a cascade of terrible ideas. “I want my Twitter to be off the hook,” he says, his eyes gleaming with excitement. “This could all get super earnest, so I’m thinking of hitting up some BoJack guys. You know, some of the Lampoon kids, just to smash that shit, make my feed a little powder keg that people need to check in with.”

The Roy kids already struggle with the lesson that money can’t buy happiness, but right now Kendall is trying to buy himself a personality, ASAP. It’s a comically obvious misfire. When you’re as rich and powerful as the Roys, you don’t need social media. Most members of the 0.01% live as privately as possible, but Kendall just got a taste of public adulation, and he’s keen to chase that high. Even if he has to hire a team of Twitter ghostwriters to get it.