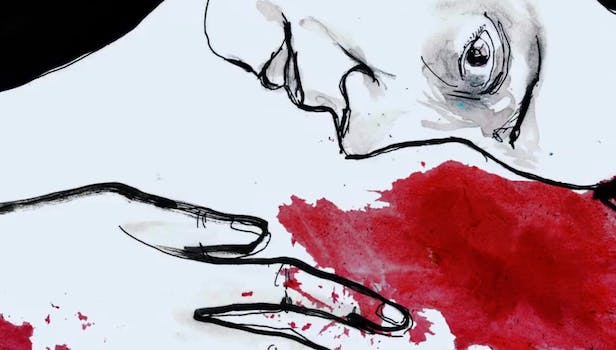 Fandor is crowdfunding your next favorite filmmaker

The Netflix of indie film is attempting to build a community with this new project.

The relationship between filmmaker and audience has grown ever more intimate, thanks to crowdfunding. Fandor, a streaming subscription site for indie films, is the latest entity to attempt to strengthen that connection: The company recently announced a Kickstarter-backed crowdfunding program to assist five filmmakers with their short films.

Fandor, which launched in 2010 at South by Southwest, is essentially Netflix for independent and experimental film; it’s highly curated, with a focus on films you can’t stream elsewhere and a monthly fee of $10. On Fandor, you can find Heidi Fleiss: Hollywood Madam alongside Derek Jarman’s Jubilee and Oscar-winning Polish drama Ida. Last July, the company debuted its FIX program, which spotlights featured filmmakers and encourages dialogue between creator and audience.

Fandor excels at the spotlight, as seen in its initiative Women of FIX, which includes Marie Losier’s devastating The Ballad of Genesis and Lady Jaye and Ani Simon-Kennedy’s modern silent film Days of Gray. Last fall, Fandor collaborated with Hulu to license its extensive selection of Criterion Collection titles. Jonathan Marlow, Fandor’s cofounder and chief content officer, helmed this acquisition, which filled out its growing library of more than 5,000 titles.

Last week, Fandor introduced FIXShorts and the five films featured within the new initiative: David Schendel’s Dead Ink Archive, Ben Russell’s He Who Eats Children, Maximón Monihan’s Sea to Shining Sea, Maya Erdelyi’s Anyuka, and Lori Felker’s Discontinuity. Fandor is offering a platform for promotion and to contribute 50 percent to each film’s budget, beyond the initial $5,000 fundraising goal. Vimeo also did something similar last year with its Vimeo On Demand platform, offering $10 million to filmmakers producing original content for the site. In the last year, Vimeo picked up docs like The Internet’s Own Boy and found acclaim with original series High Maintenance. In January, it partnered with Indiegogo.

Amanda Salazar, Fandor’s partner relations manager, says the move toward original content was one of the components of the FIX initiative.

“We really kind of came around this idea of, if we were to move into original content, what would be the best way to do that?” she told the Daily Dot. “In a way where the filmmaker has creative control and we’re not looking to have them make a certain kind of film. … The crowdfunding piece was so important to it because we’re not a leader in the original content space, so that’s not really what Fandor’s trying to be. We just really want to work with the filmmakers we have relationships with and allow them to make original work that they want to make.”

While Fandor isn’t diving into original series just yet, all the filmmakers in the Kickstarter initiative have other content on the site. Monihan is responsible for The Rise and Fall of the Dix, one of the best music docs you’ve never heard of. Erdelyi’s animated Pareidolia is an evocative animated short that explores her “great-grandmother’s miraculous survival of a mass killing by Hungarian Nazis along the banks of the Danube in 1944.” Felker’s other Fandor shorts include Broken News, a sleep-deprived dream sequence disguised as a breaking news report.

The films, when completed, with live exclusively on Fandor for three months, then the filmmakers have the option to promote however they choose.

“As we continue to build out the library, it really is trying to create a sense of community within the cinephile community,” Salazar explained. “Which is where FIX came about. It’s not just a filmmaker submitting a film or licensing a film to us and then, ‘OK, great, here’s your contract. We’re done.’ It’s, ‘Let’s work together on your next project.’

“It’s really about creating context, whether it’s Keyframe, our online magazine, or just providing all the different layers to each film. … It’s going a little bit deeper and maybe getting to know the filmmaker a little bit better or getting their recommendations for films, then connecting with a community of users as well. It’s an ecosystem, really, completing the circle within the digital world.”

Salazar suggests that Fandor’s “filling a void” with its curated content, and brings up connection and community frequently during our conversation. Chris Kelly, Fandor’s current interim CEO, was Facebook’s first attorney and also served as its chief privacy officer. Fandor’s used Facebook to engage and start discussion around its films.

“As a marketing platform, Facebook has proven to be an effective way for us to connect to film enthusiasts generally as well as to affinity groups such as Charlie Chaplin fans,” said Fandor’s Chief Marketing Officer Robin Harper. “We also allow people to create Fandor accounts with their Facebook login for convenience and to share movie recommendations through their Facebook feeds.”

Facebook’s just one component in, as Salazar says, “building out” the community of Fandor. The site’s Keyframe blog provides excellent film industry insight and criticism, and in terms of user interface, Fandor lets you invite a friend to watch and shows you which movies other users just started watching.

The feel is a little more personal than Netflix, and this plays into Fandor’s business model to connect and build. Salazar relates that 50 percent of subscriber revenue goes back to Fandor’s filmmaking and distribution partners. The Kickstarter project is just one more way to let users donate to and support art that speaks to them, and Fandor plans to do another Kickstarter round in September.

“This is not about Fandor owning this original content,” Salazar said. “This is about the filmmakers being able to have creative freedom to do what they want.”