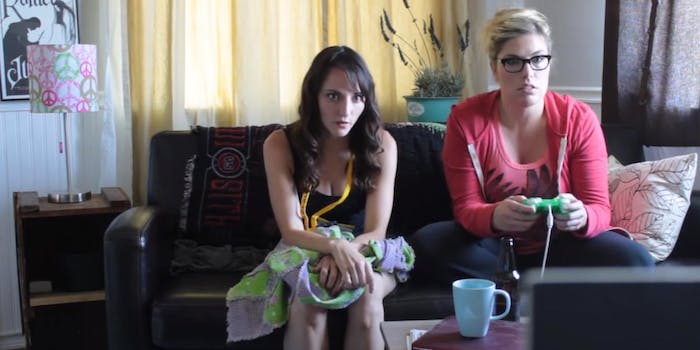 Fake Geek Girls get real in this new webseries

In response to all the misogyny geek girls are facing these days, writer and producer Sara Clarke gives a voice to two geeky gaming gals.

The discrimination is indiscriminate: Female gamers, comic book fans, and women passionate about any aspect in geek culture have all likely faced criticism as “fake geek girls” at some point or struggled against the misogyny that’s all too common in geek circles these days.

Created by writer and producer Sara Clarke, the first episode is available to watch on YouTube and does a fairly good job of taking a funny look at how these two girls are trying to make it in the geek world as guys question their credibility. In the first 20 seconds, the characters are already relatable as we see Jessa playing a video game and complaining to Kat that the guy at GameStop asked her if the game was for her boyfriend when she bought it. What female gamer hasn’t been in that situation?

A Kickstarter campaign is asking for funding to make six more episodes in the series. The campaign has already hit its $10,000 goal and is looking to reach stretch goals that will let them make more complex episodes, like an entire show with the cast in cosplay. The campaign ends Sept. 20.