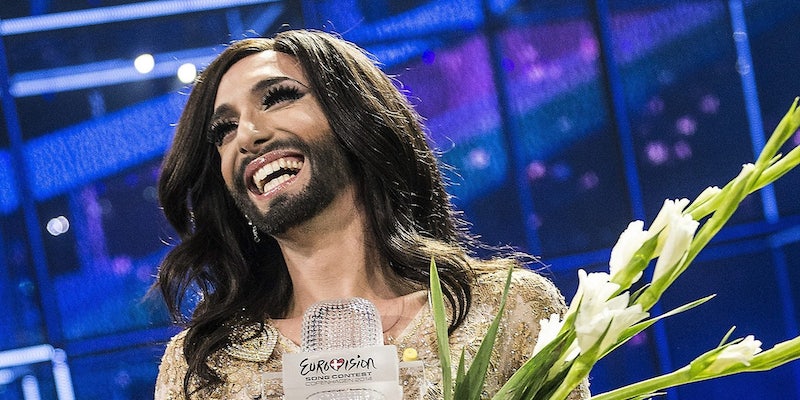 And that's saying something.

Ah, Eurovision. That wonderful time of year when Europe comes together to celebrate peace, love, pyrotechnics, and a twisted desire to downvote a trashy disco band because your countries were enemies 50 years ago.

For once, the biggest highlight of the Eurovision Song Contest was actually the winner, rather than one of the more eye-catching runners up. Bearded Austrian drag queen Conchita Wurst definitely received the most public attention before the competition began, and went on to gain even more fans with her power ballad, “Rise like a Phoenix.” 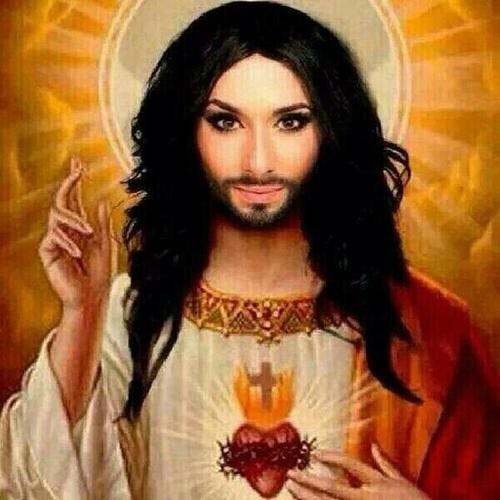 Conchita’s victory also sparked a wave of homophobic backlash on Saturday night, particularly on Russian social media, where several men made the slightly ridiculous statement of shaving off their beards in “protest.” Apparently there is nothing more secure and masculine than a man removing his body hair because he feels threatened by the popularity of a celebrity drag queen.

Either way, Europe has spoken. Conchita Wurst will spend the next year as the reigning winner of Eurovision, with many people hoping she will be hired sing the next Bond theme. If you listen to her performance, you’ll understand why.

Thanks to the infamously biased nature of the Eurovision judging system, even the blandest of winners tend to be somewhat controversial. So, it was difficult not to interpret Conchita’s victory as a political statement against Russia’s recent human rights record—particularly since their own contestants were loudly booed by many people in the audience.

Still, political statements weren’t the only interesting thing at this year’s contest. For example, there was Poland’s unnecessarily phallic performance of a song titled, “We Are Slavic.”

Each country’s scores are tabulated half by professional judges, and half by a popular vote. Hilariously, Poland’s sexy laundry girl performance was so divisive that Britain and Ireland’s public voters all gave Poland top marks, while their judges gave them zero.

It’s difficult to label anything as the “worst” part of any Eurovision Song Contest, but this year a strong contender was surely the Danish presenters themselves, one of whom spent the entire night making awkward (and slightly racist) jokes about China. Pointless? Inexplicable? Offensive? All of the above, and more. Presumably this is why they hired Borgen star Pilou Asbaek to deliver those particular lines, but even a professional actor couldn’t manage to make them anything other than cringeworthy.

For an idea of just how weird and surreal his presentation style was, look no further than the music video Denmark produced to entertain viewers while the points were being counted at the end of the contest.

Of course, it wouldn’t be Eurovision without some kind of deeply awkward and bizarre statement from one of the presenters or performers, so in that sense, this video is perfect. Combine that with Conchita Wurst, Ukraine’s dancing hamster wheel, Armenia’s X-Men villain singer, Poland’s cleavage performance, and the Greek trampoline rappers, and this was one of the most entertaining Eurovisions we’ve seen in years.