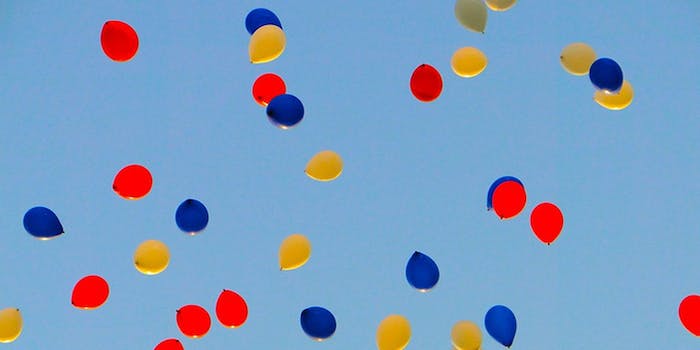 Watch Erik Roner float 8,000 feet in the air on a lawn chair

BASE jumper Erik Roner lives a pretty extreme life. For his latest trick, he gathered 50 tanks of helium to inflate 90 massive balloons, tied them to a lawn chair, and ascended 8,000 feet into the air, like a scene out of Danny Deckchair.

Oh, and he brought a shotgun, too, which he used to shoot the balloons in an assist back down. He eventually parachutes to safety, but who hasn’t wanted to skydive with a shotgun?