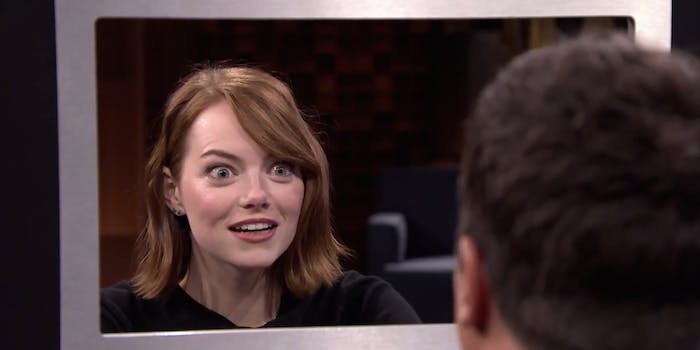 Jimmy Fallon traps Emma Stone in his ‘Box of Lies’

Emma Stone may be a master lip-syncher, but when it comes to her fibbing skills, she needs a little more work.

Stone is put on the spot again as Jimmy Fallon has her partake in his “Box of Lies” segment. And while she admitted that she can’t lie at all, she desperately tried to put on her best poker face and describe the oddly-shaped item before her. Fallon’s not much better, but he has the advantage of having played the game before.

May the least-worst liar win.

As if that weren’t entertaining enough, check out the duo interacting like normal human beings during the commercial break while they shoot promo spots for NBC affiliates.