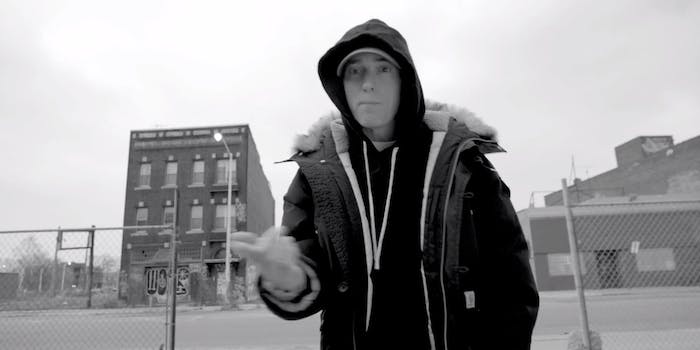 Eminem and all-star locals collaborate on intense ‘Detroit Vs. Everybody’ video

Truth told, I didn’t listen to the song when it was making the rounds late last year. These sort of occasion-oriented collaborations have a self-importance that can be unpleasant—especially when we’re dealing with a lot of wordy, alpha dudes that like to posture and rap about rapping. But the video is a convincing, magnificent toast to the Motor City. Save for Royce and Em, the rest of the artists rarely collaborate and seeing the lot look past contracts and ride for the city inspires.