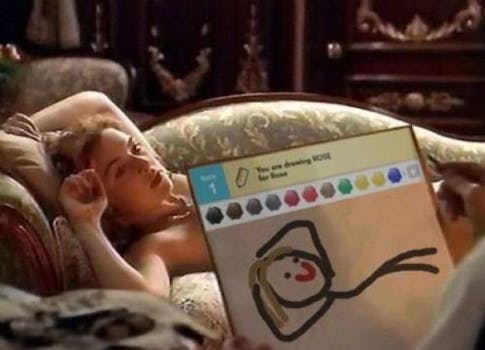 The pilot is being produced in part by Ryan Seacrest Productions.

There’s already an Angry Birds movie in the works, so why not a Draw Something TV show?

CBS has obtained the TV rights to turn Draw Something into a game show, after a bidding war with multiple networks, according to Variety. The pilot will be produced by Sony Pictures Television, Ryan Seacrest Productions, and Embassy Row.

Draw Something, based on the popular mobile phone app, will have celebrities and everyday players draw and compete in front of a live audience while viewers at home have the chance to play along and win prizes.

Think Pictionary and Win, Lose or Draw with a modern and social twist.

Draw Something had 35 million downloads in the first six weeks, according to The Hollywood Reporter.

CBS is no stranger to trying to cash in on viral Internet hits. The network adapted the popular Twitter account @ShitMyDadSays into a sitcom starring William Shatner in 2010, but it was cancelled after only one season.