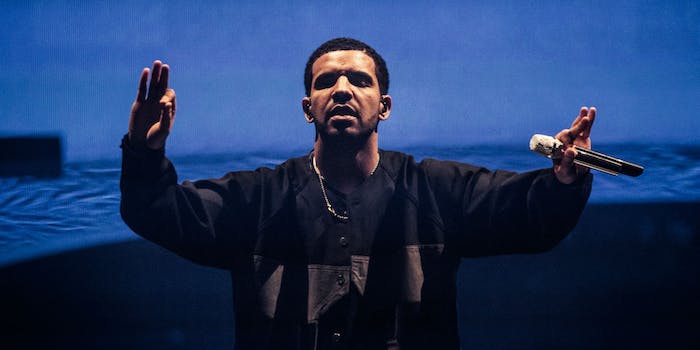 Drake drops a new album out of thin air

Upon hearing the miserable news that brilliant New York Times journalist David Carr passed away Thursday, Drake shed a single tear, looked at at the reflection in his Josephine Floor Mirror, and muttered softly, “let the healing begin.”

And so his camp, October’s Very Own, dropped Drake’s new album If You’re Reading This It’s Too Late unexpectedly Thursday via SoundCloud, and for purchase on iTunes. This on the eve of the six-year anniversary of Drake’s breakthrough free mixtape, So Far Gone. Drake also released a 14-minute documentary earlier in the day.

A quick point of clarification: Drake has a new album in the works titled Views From the 6, but Too Late is still new and original music bundled into 17 tracks. It’s a separate Drake album, in other words, and one fans have been expecting since Toronto Raptors shooting guard DeMar DeRozan let the news slip in November.

But just as quickly as hip-hop fans cancelled all imminent appointments, the free stream disappeared and prompted outrage.

At the moment you can still buy it on iTunes and mixtape websites have uploads that may or may not get picked off by legal threats. Here’s one from the reliable professionals at Livemixtapes.com

Good news is that it’s an exceptional bundle of files. The new Drake is anchored by the exact team you want molding his work: fellow Canadian aesthetic mastermind producers Boi-1da and Noah “40” Shebib, plus Daily Dot favorite PARTYNEXTDOOR. Guest flows from Lil Wayne and Travi$ Scott dash pepper on a warmly stewed platter of Drake takes.

The Daily Dot will be up all night bathing in its holy waters. But a few cuts in, the record is a popping lifetime achievement full of weirdly specific but highly relatable lifestyle problems like “I got bitches asking ’bout the code for the Wi-Fi.” Opener “Legend” features a beautifully warped sample of Ginuwine’s “So Anxious” that’ll make you want to text someone special.

In other words, despite the fumbled delivery, the album is here and all is forgiven.

I WAS JUST GETTING OVER MY EX TIL DRAKE DROPPED A NEW TAPE pic.twitter.com/KoJAM9P0ZZ