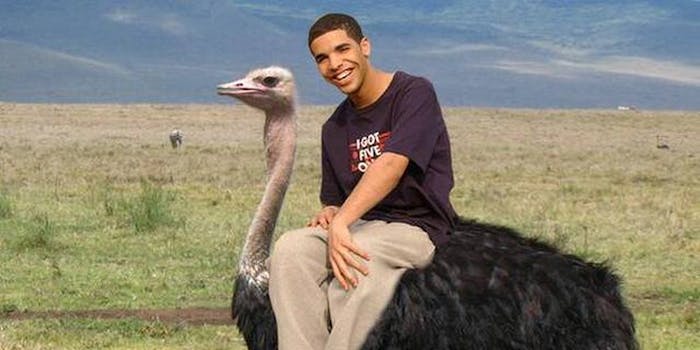 How the hell is Drake so popular when people relentlessly make fun of him to such hilarious degrees?

He’s so thoughtful, he plays Grand Theft Auto just to rescue the hookers.

He’s so awkward, he’ll cover his male friend’s eyes from behind and say, “Guess who?”

He’s so sensitive, he flushes the toilet after he farts in it.

How the hell is Drake so popular when people relentlessly make fun of him to such hilarious degrees? This question has been bothering me for quite some time because I like Drake’s music. It’s nice to drive to, especially alone, in the rain, while I’m reflecting on my feelings. But along with Drake’s music is the constant reminder, in a never-ending stream of memes, that Drake’s persona is incredibly corny. 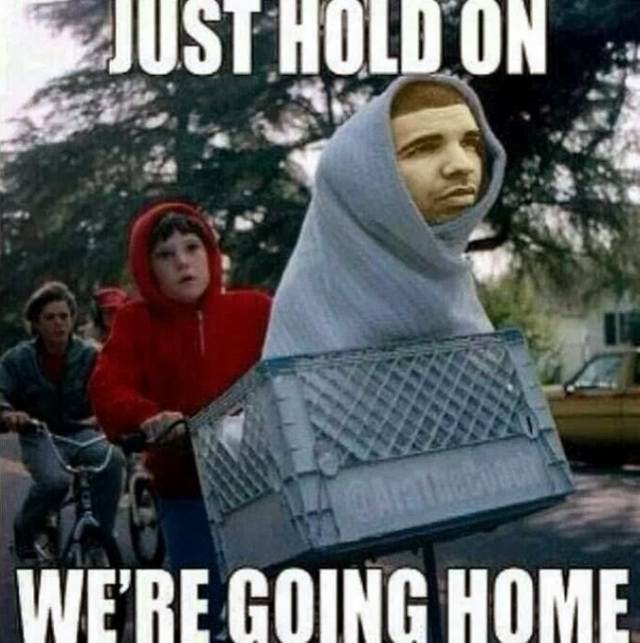 It seems paradoxical: Why would I like a rapper more the more memes there are making fun of how lame he is? Can I truly enjoy “Hold On We’re Going Home” when there’s a meme of a sad-looking Drake head sitting in a bicycle basket wrapped-up like E.T. and says, “Just Hold On, We’re Going Home”? At some point, do I also become a target of Drake mockery, holding his hand as we wonder why they’re doing this to us? And how did Drake become so memeable, anyway?

To figure out the answers to these questions, I sought out the pop culture and online humor wisdom of writer Michael Arceneaux, a contributor to publications like Ebony and The Atlantic, and Twitter comedian Desus (@desusnice), also of Complex’s “Desus vs. Mero” podcast. According to Desus, Drake didn’t just become meme-worthy; he took advantage of the fact that he was already basically a walking viral marketing campaign for the idea of softness.