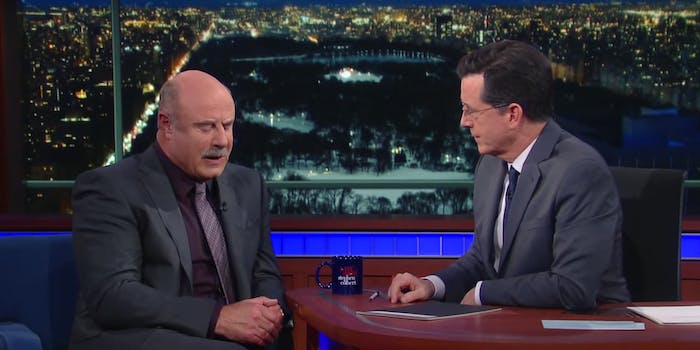 It went about as well as you'd expect.

The pseudo-doctor and the honorary doctor are in the house to offer plenty of contradictory advice.

Prior to Dr. Phil’s Late Show appearance, Stephen Colbert encouraged his Twitter followers to send him questions that he could help solve despite having no license to speak of whatsoever.

At a crossroads? In a dispute? Let unlicensed therapist Dr. Stephen T. Colbert fix it on a future show. Tweet me! #doctorinthehouse

But when Colbert and Dr. Phil faced the questions, they found themselves at odds on just about everything. One offered some reasonable advice, but the other most certainly did not. It’s probably easy to guess who was who.