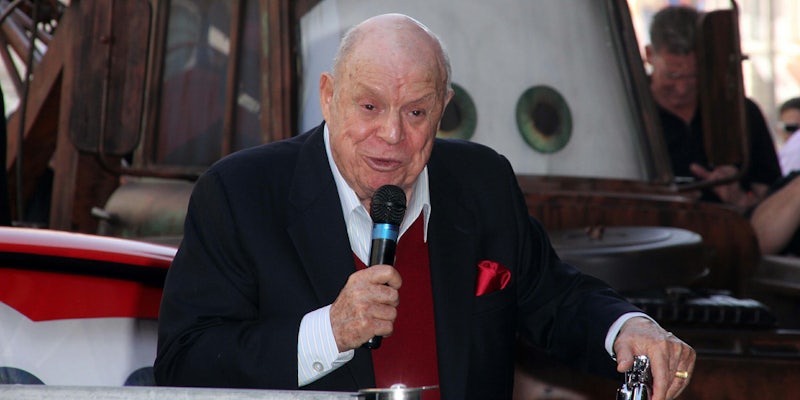 One of the original insult comics has passed.

Comedian Don Rickles passed away on Thursday of kidney failure, according to his publicist.

Rickles, who was ironically nicknamed Mr. Warmth, was a practiced insult comic and roastmaster. After lobbing an insult at Frank Sinatra during a set in 1957, Rickles survived and found his stride. The notoriously hot-tempered Sinatra even became his champion.

Rickles was fond of calling people hockey pucks, and his rapid-fire insults did not discriminate. In a 1978 New Yorker piece, Kenneth Tynan called Rickles “king of icebreakers, whose chosen weapon is the verbal hand grenade.”

More recently, he appeared on Comedians in Cars Getting Coffee.

RIP Don Rickles. One of the funniest people that ever lived, you dumb schmuck.

In lieu of flowers, Don Rickles' family has requested that people drop their pants and fire a rocket. #RIPDonRickles

90 years with Don Rickles weren't enough. One of the sweetest and most lovely people I had the pleasure of knowing. We miss you already