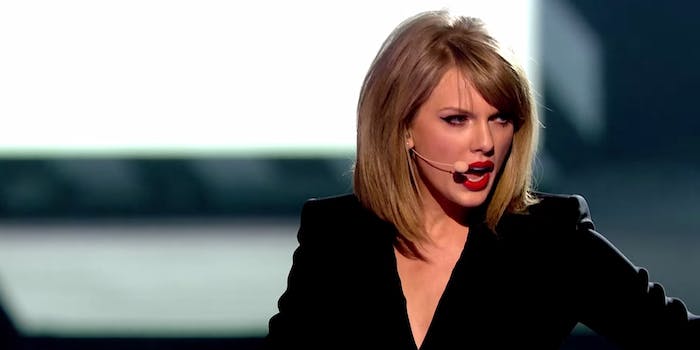 The Web police has hunted down another pop irregularity.

First, it was Sam Smith’s “Stay With Me” that was found to have striking resemblance to Tom Petty’s “Won’t Back Down.” But now there’s another musical rip off, and this time it’s Taylor Swift.

But don’t accuse Swift of plagiarism just yet, because the only person she’s copying is herself. Earlier this week, DJ Dwibbit took to his SoundCloud profile to lay the lyrics from Swift’s smash hit “Blank Space” over the hypnotic beat for her equally successful song, “Style.” Needless to say that the two tracks fit together flawlessly to create some sort of ultimate Swift mashup that the ears of Swifties certainly aren’t prepared for.

Of course, this isn’t the first time a musician has realized what a perfect marriage these 1989 singles make. In late December of last year, Swift sent out a tweet of endorsement about an equally brilliant “Blank Space” mashup created by two Nashville singer-songwriters.

Will Swift give this remix her stamp of approval as well? Only time will tell.