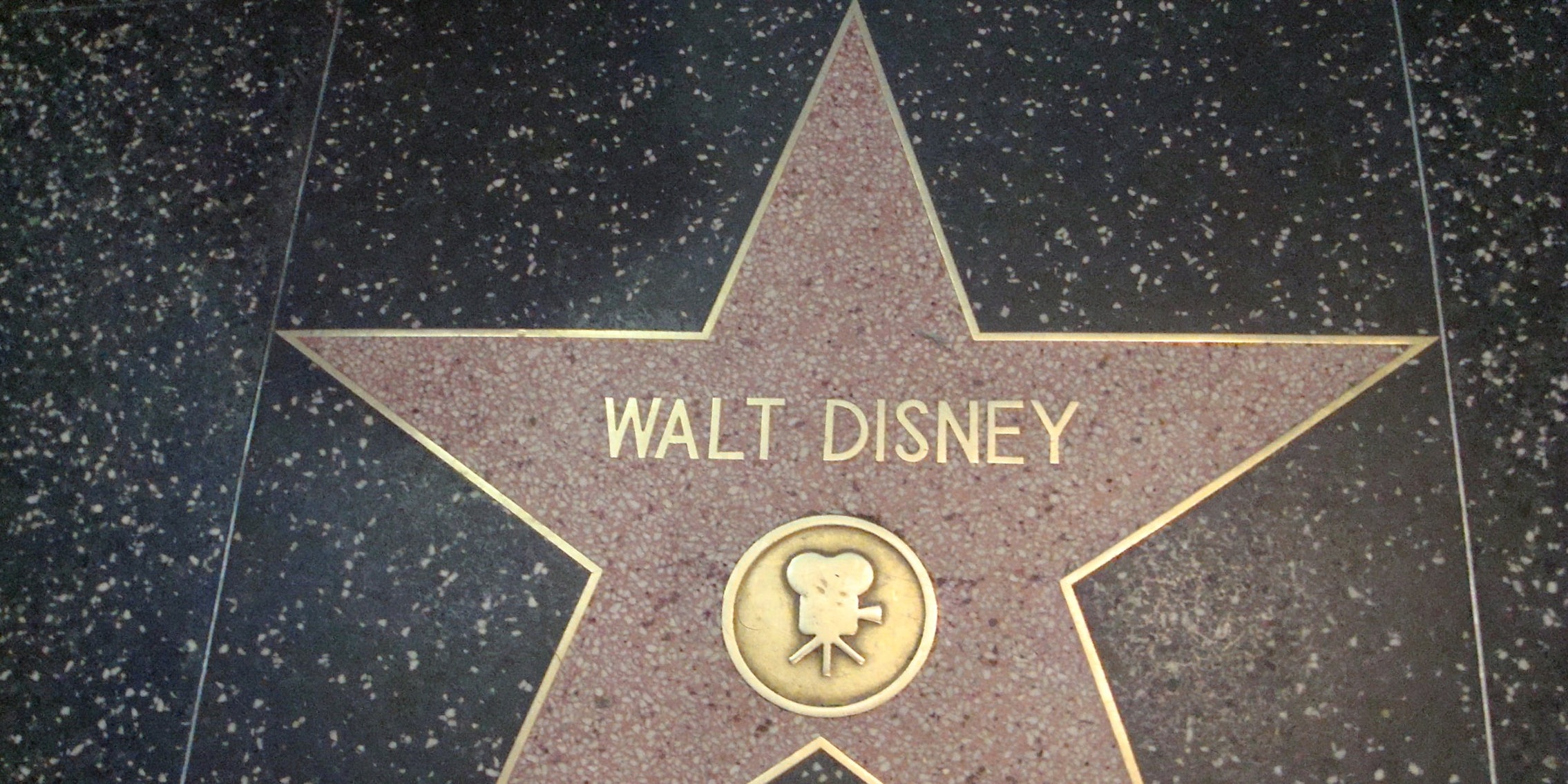 Disney's marketers have their work cut out for them between now and 2017.

It’s no secret that Disney is one of the most powerful studios in Hollywood, but seeing what that means for the average moviegoer in real time is a bit of a shock.

At this week’s Cinemacon, Disney revealed its film lineup through late spring 2017, and you could practically see jaws dropping online when Mashable’s Christina Warren shared the snapshot she grabbed: 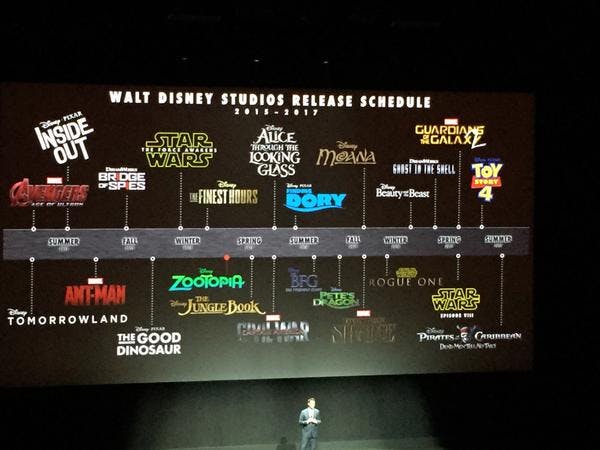 In case you missed all that, here’s the lineup with release dates:

Woah. Even for a major studio, that’s, um, a hefty schedule. More revealing is that out of the 24 films Disney will be releasing between now and spring 2017, only 10 of them are coming out of Walt Disney Animation Studios or Walt Disney Pictures, the company’s longstanding sub-studios.

Of these, one, BFG, is a hybrid child, directed by Steven Spielberg and produced in conjunction with his own Amblin Entertainment as well as sometimes-Disney-rival DreamWorks. The timeline also includes two live-action films, Bridge of Spies and Ghost in the Shell, which it will also be distributing on behalf of DreamWorks.

The rest of the slate are films from other major studios that Disney has acquired: four from Pixar, five from Marvel, and three from Lucasfilm—including Episode VIII and Rogue One. The latter is part of the new Star Wars Anthology series of standalone films which are unconnected to the narrative of the main franchise.

The timeline doesn’t include other films that fall under the Walt Disney Studios umbrella, like Disneynature’s Monkey Kingdom, which opened this week. Others, like the Muppets Studio, which Disney also owns, have no major film releases currently planned over the next two years.

And despite Disney’s recent confirmation of Frozen 2 and Pixar’s The Incredibles 2, don’t look for either of them on the slate before mid-2017.

The timeline only goes through early 2017, but according to Box Office Mojo, the full slate of Disney pictures that the company has announced through 2019 is even more staggering. Here’s what comes after the timeline ends:

The Frozen and The Incredibles sequels will most likely comprise two of the “untitled” Disney and Pixar animated film slots. And Star Wars: Episode IX will also be appearing in that lineup, along with at least one other standalone Star Wars Anthology film.

The visualization of just how much of Hollywood Disney has managed to acquire or maintain a stake in over the years is startling—especially considering that the Mouse already owns half of Broadway and basically operates as an independent mini-nation in Florida.

Perhaps we should be grateful Disney is mostly content to use its terrifying power for the goal of churning out moralistic entertainment with twee musical numbers and billions of dollars in toy sales.