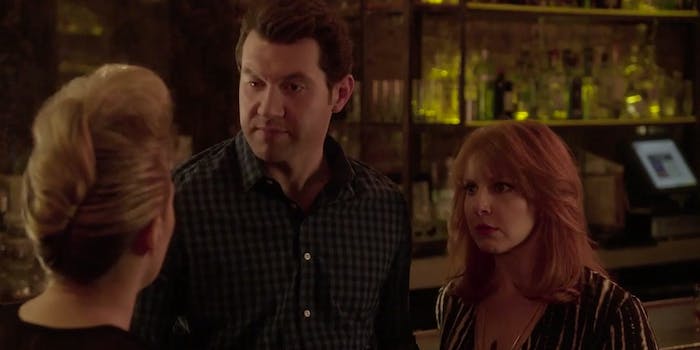 Hulu’s new Amy Poehler-produced original series, Difficult People, debuts on Aug. 5, and the first trailer is here for all us mopes and misanthropes.

Julie Klausner and Billy Eichner star as two friends—“less successful versions” of themselves, creator Klausner explained on Late Night With Seth Meyers—living in NYC, and they have the curmudgeon thing down. Meyers, Kate McKinnon, Andrea Martin, Martin Short, Fred Armisen, Debbie Harry, Ana Gasteyer, Amy Sedaris, and Gabourey Sidibe all pop up in the trailer, and no doubt heavy sighs will abound.

This is the show the world needs right now.