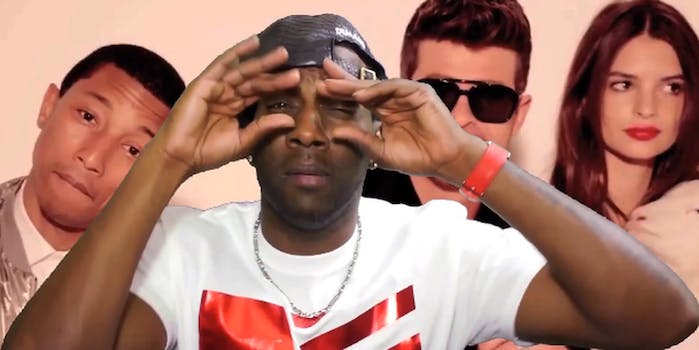 YouTube’s DeStorm recaps all of 2013 in a single rap

The YouTube star's 'rap ups' are becoming an annual tradition.

It’s only a couple days into the new year and we’re already nostalgic for 2013.

Luckily, you don’t have to dig deep into your Internet browser history to find everything you’re looking for. YouTube rap star DeStorm Power is back with his annual “Rap Up” video, which perfectly packages the highs and lows of the past year in one punch.

DeStorm transforms 2013 into a catchy rap tune and covers everything from Nelson Mandela’s death to selfies, from twerking to the World Series, the Super Bowl, and even Beyoncé’s year-end power move.

Last year, he sang about still being here after everything that happened in 2012, but now he’s got a different outlook on life. He’s joined in the chorus this time by LianeV, who wants you all to go harder next year.

And if this year is anything like the last, it’ll happen in no time.