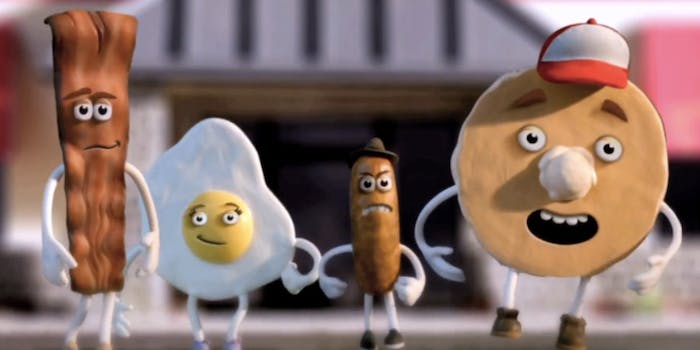 Leave it to Denny’s to make a webseries starring bacon

Denny’s is a social media powerhouse, especially Tumblr and Twitter, where it has inspired a fanbase that rivals some of the biggest media-based fandoms. So it’s only natural that the diner would turn to YouTube for its next wave of digital domination.

This month, Denny’s will unveil a webseries inspired by its iconic Grand Slam breakfast, teaming up with Seth Green’s production company Stoopid Buddy Stoodios. The company will bring the sensibilities it honed on Robot Chicken to a tale of Egg, Bacon, Pancake, and Sausage as they have adventures in and around their booth.

@DennysDiner What have you done? ._.

Fans will be able to get a taste of the very-much-not-a-joke webseries on TheGrandSlams.com or Denny’s YouTube channel starting Oct 15.