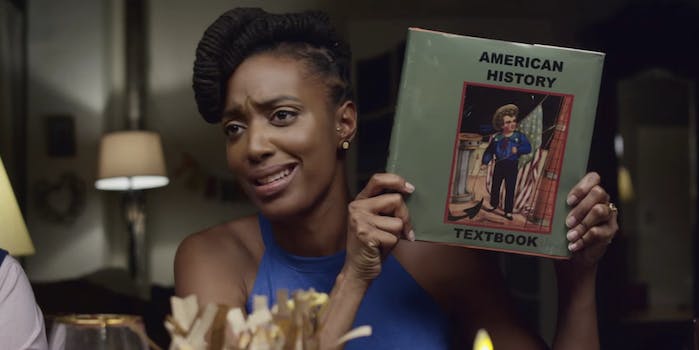 MTV‘s Franchesca Ramsey serves up some Thanksgiving truth just in time for the annual celebration of pillaging and murder.

Decoded, which deals with issues of race for the digital set, tackles turkey day in its latest episode. With her fictional family gathered around the dinner table, Ramsey tears down American history and dishes up the reality behind the myths, from debunking the Native American and settler relations to explaining why the food we eat isn’t actually what the pilgrims consumed. Did you know Abraham Lincoln had a hand in the holiday? Didn’t think so.

In addition to her digital duties for the Decoded webseries, Ramsey is now also a correspondent for Comedy Central’s The Nightly Show, tackling topics like the GOP candidate pool.