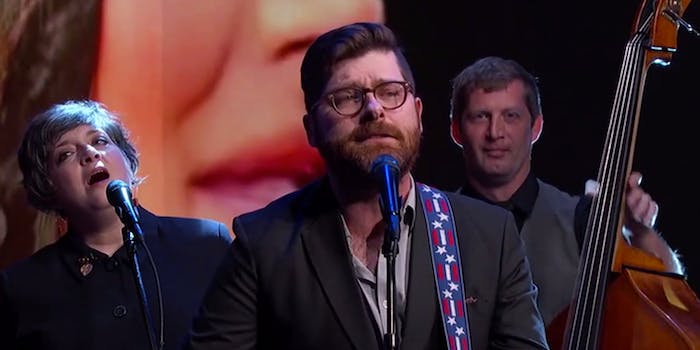 They were destined for "horrible boat crashes #1."

The YouTube comment section can be a hellish place, though if you look close enough, sometimes you can find a glimmer of humanity. Who better to give garbage comments a human touch than the Decemberists?

The band appeared on Jimmy Kimmel Live last night to promote its new album, which Kimmel claims is completely fashioned out of YouTube comments. They touch on Justin Bieber, Kim Kardashian‘s plastic surgery, the scourge of “FIRST,” and the most Decemberists-esque video on YouTube, “horrible boat crashes #1.”

The group really does have a new album out, though not of YouTube comments. It’s called What a Terrible World, What a Beautiful World, and that just about sums YouTube up.