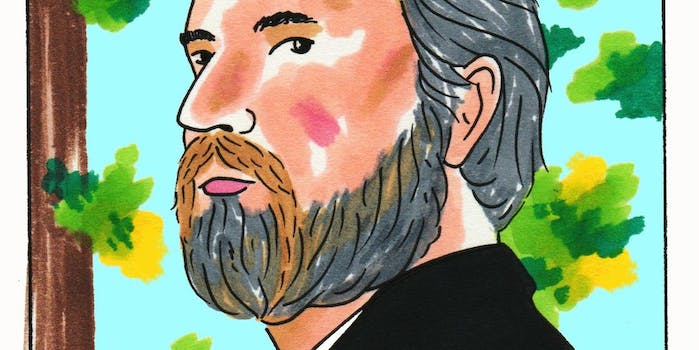 Former Men at Work singer Colin Hay took the stairs. Out of simmering, early ’80s hits like “Down Under” and “Who Can It Be Now?” came a 1985 band breakup and more than a decade of failed solo projects.

He admits as much, saying in 2011 that the downside to being in a pop outfit that sells more than 15 million records is that there is no “foundational audience.” Luckily new-era droopy director Zach Braff became a fan and wrote cues into his work that featured Hay’s battering acoustic ballads. When 1998’s “I Just Don’t Think I’ll Ever Get Over You” found its way onto 2004’s Garden State soundtrack, the Scottish journeyman’s weathered pipes became millennial crack. Let’s revisit the college radio classic for a sec:

I have to confess to harboring a deep fondness for both the Garden State soundtrack, and the first time I took in the somewhat ridiculous and damaging film. Despite the tribe of trendy indie bands featured (The Shins, Zero 7, Iron & Wine), Hay’s track is the most lasting. Likely because it was written by a graying adult with problems and pain.

But if that’s where your relationship with the balladeer ends, you haven’t skimmed the iceberg. As a solo artist Hay has spent the last 28 years recording 12 solo records. His latest is February’s Next Year People—unsurprisingly its big hooks sound better devoid of its studio polish and instead acoustic and live.

The Daily Dot has partnered with Daytrotter to highlight one session a week, which will be available to stream here exclusively. Visualize the rain clouds and have yourself a strong cry with Hay’s melodramatic marionette skills.