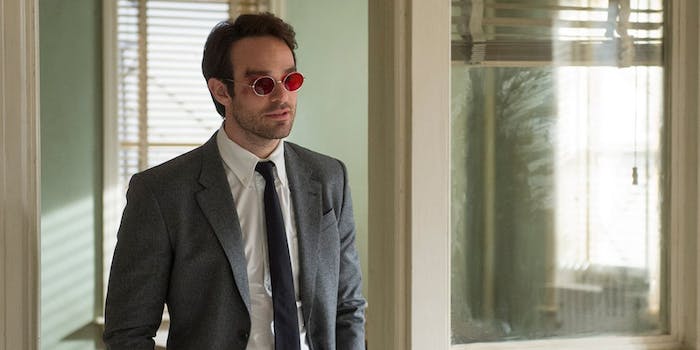 Marvel’s ‘Daredevil’ gets a teaser trailer and release date

We finally know when Marvel's first Netflix show is going to come out!

Marvel‘s first Netflix show, Daredevil, finally has a release date. The series will come out on April 10, three weeks before Avengers: Age of Ultron comes out in the U.S.

Daredevil is the first of Marvel’s five Defenders shows on Netflix, all of which take place in Hell’s Kitchen, New York. It stars Charlie Cox as Matt Murdock, a lawyer who develops heightened senses as a result of being blinded as a child. 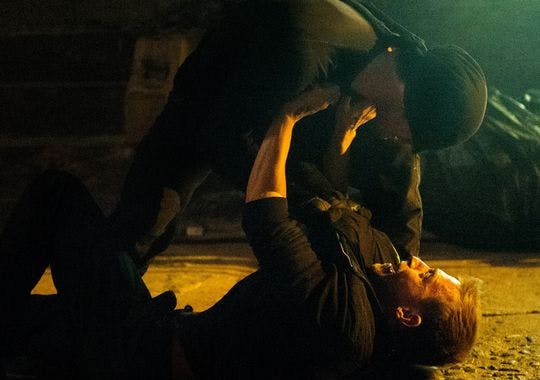 This new photo shows Murdock in the costume he uses when he first starts fighting crime, which is why he looks less like a superhero and more like the Dread Pirate Roberts from The Princess Bride. He’ll get to wear an updated version of Daredevil’s red catsuit later on, but for now they seem to be going for a more realistic look—and distancing the show from the Ben Affleck Daredevil movie that came out in 2003.

The “teaser” is more like an animated GIF with some audio on top, but we can probably expect a real trailer soon. April isn’t so far away.