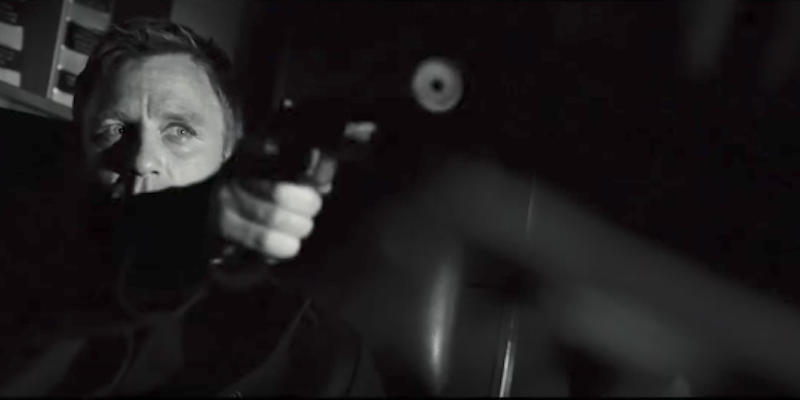 Despite voicing a very strenuous objection to ever reprising his role as James Bond, Daniel Craig is returning as the super spy 007.

It’s a blow for the internet, who was pulling for Idris Elba to be the first black man to play the part. But on Monday, the Mirror broke the news by announcing that the 25th Bond movie will be a bit of deja vu. Not only is Craig coming back, Adele is supposed to be singing the theme song.

Craig once told Time Out London that he would “rather break this glass and slash my wrists” than do another Bond movie, but it looks like the actor won’t be breaking glass anytime soon. Tom Hardy, James Norton, and Aidan Turner were in line to replace Craig, and according to the Mirror, the line of suitors put pressure on Craig to reclaim his title.

According to reports, former Bond writers Robert Wade and Neil Purvis are in charge of writing the script for movie number 25, and producer Barbara Broccoli believes filming for it will start sometime next year.

Surely this next Bond film is going to be a hit, but we’re still hoping that Elba can at least make a guest appearance.