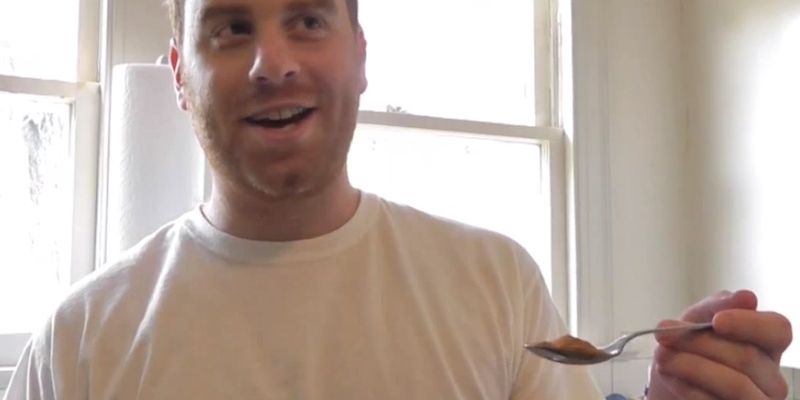 The Cinnamon Challenge is a dangerous beast. You can’t really understand what it takes to tame it until you’ve tried.

I myself have witnessed many a horror story: dudes puking and girls breaking down. I’ve seen pain and agony and sometimes even victory, but what I’ve seen more than anything is pure, unadulterated comedy. There is simply nothing like seeing the face of someone split-seconds after they’ve thrown a spoonful of spice in their mouth.

Today, we celebrate the Daily Dot’s first anniversary, and a few of us around the newsroom could think of no better way to commemorate the occasion than by taking part in the Cinnamon Challenge. The idea was suggested, seconded, and then largely rebuked by much of my fellow staffers, who thought it a better idea if I took hold of the lovin’ spoonful than anyone else.

So I did it, and it sucked, and my kitchen still smells like a Cinnabon.

Let’s get one thing straight: It’s not blood, it’s a small sampling of an organic fruit smoothie that combines blueberry, banana, spirulina, and some raw brown rice protein. That’s an important distinction because there’s definitely something that ends up coming out.

But I did it for a reason, and I say this with sincerity: Your newspaper only turns one but once in a lifetime. And that, my friends, is reason enough to vomit up some pureed blueberries—even if it was just a little bit.