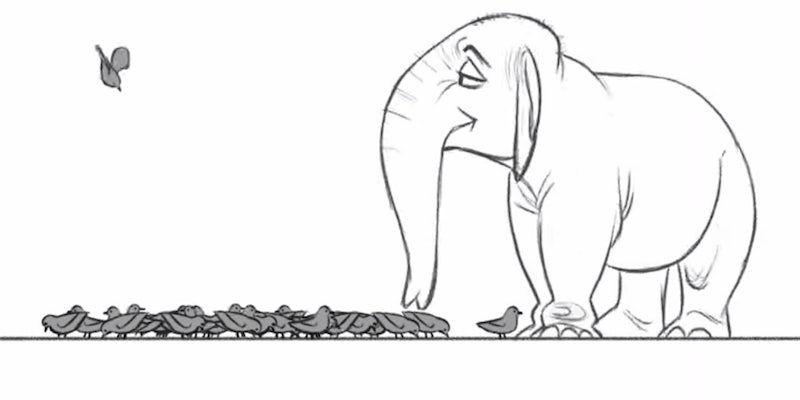 This adorable animated short stars an elephant with ‘Trunk Troubles’

Cyrano the Elephant has a case of the Mondays.

In a world dominated by computer-animated projects, a new hand-drawn short packs just the kind of whimsy and classic charm viewers are craving.

Trunk Troubles star Cyrano the Elephant runs into problems with his large nose in everyday situation, from riding in convertibles to squeezing into an elevator. The charming hand-drawn animation was created by veteran illustrator Aaron Blaise with the combination of a Wacom Cintiq digital pad and TVPaint animation software.

Blaise started his career as an illustrator 25 years ago, spending the majority of his time working with Disney on classic animation films like Mulan, Aladdin, Beauty and the Beast, and more. In addition to independent projects, he now runs a YouTube channel, where he shares techniques and short creations. Hopefully there’s more to come in the world of a Cyrano soon.

Screengrab via The Art of Aaron Blaise/YouTube