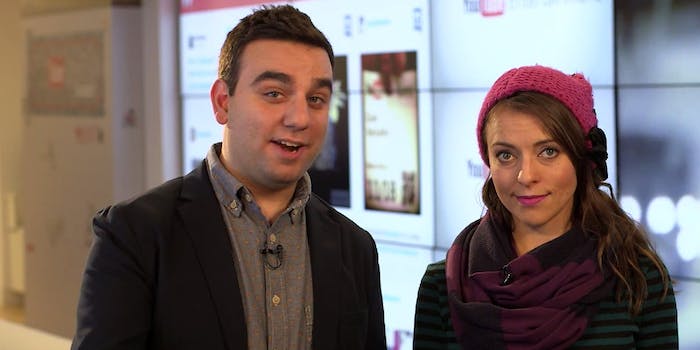 Despite YouTube Nation‘s cancellation, YouTube isn’t giving up on featuring its own creators entirely. The Google-owned video-sharing platform has launched The Creator Show to both highlight its rising stars and assist other creators in making better videos.

The Creator Show is not a direct replacement for YouTube Nation. Instead, the show lives on its own channel, called YouTube Creators, which only boasts 93,000 subscribers. (YouTube Nation’s now-defunct channel has 2 million viewers.)

Befitting its status as a tool for YouTube’s stars and not its mainstream users, The Creator Show also has a much stronger promotional bent than YouTube Nation. Its videos are aimed more at content creators than the masses of viewers those creators they attract. The channel’s videos show off YouTube’s feature set rather than covering entertainment trends and the site’s biggest videos.

The first episode features Grace Helbig, who talks about her latest book. YouTube star Kali Muscle appears in a segment explaining how to tag collaborators on videos. He also offers more straightforward information on how to change a channel’s URL.

The Creator Show will bring new videos to content creators every few weeks.