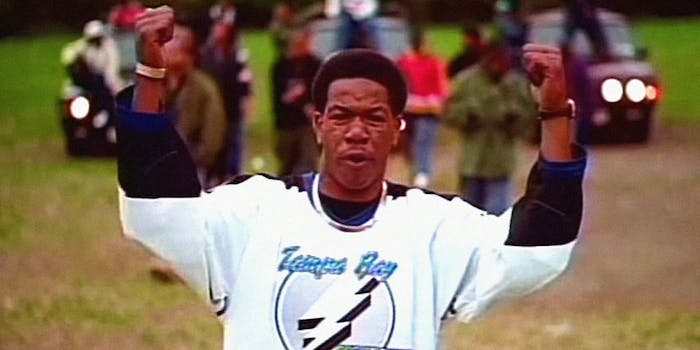 Hip-hop pioneer Craig Mack passed away Monday in near his home in Walterboro, South Carolina, according to the New York Daily News. The 46-year-old “Flava In Your Ear” star died of heart failure after a long series of health problems.

Iconic for his contributions to Diddy‘s Bad Boy Records, the rapper was rumored to have been signed by the mogul after a chance meetup in a club that ended with Mack absolutely nailing an impromptu freestyle. Before the Notorious B.I.G.’s Ready to Die became a tipping point for the genre and startup record label, Mack was its anchor.

Despite appearing on Bad Boy songs in 2002, Mack largely disappeared from the limelight to pursue a quiet life of faith in South Carolina, where he was active in the Overcomer Ministry church. Friend and longtime producer Alvin Toney was working on a documentary about Mack’s influence and rejection of stardom.

Mack may have been something of a one-hit wonder, but his historic ties to rap royalty made him a familiar presence, and fans were quick to offer his family—he leaves behind a wife and two adult children—warm support.

RIP Craig Mack! He brought that "Flavor in your ear." pic.twitter.com/DCGgkDtT2V

I am so sad to hear about the passing of Craig Mack. You cannot over emphasize the importance that "Flava In Ya Ear" had on hip hop!

there's gonna be a lot of Flava In Ya Ear talk today and rightfully so. But I want to make sure we talk about how damn hyped everyone was to hear him come back on the Special Delivery remix.

I'm devastated over the news of Craig Mack.. We just finishing up his new album.. smh.. Rest in Power Craig…

I am so sad to hear about the passing of Craig Mack. You cannot over emphasize the importance that "Flava In Ya Ear" had on hip hop!