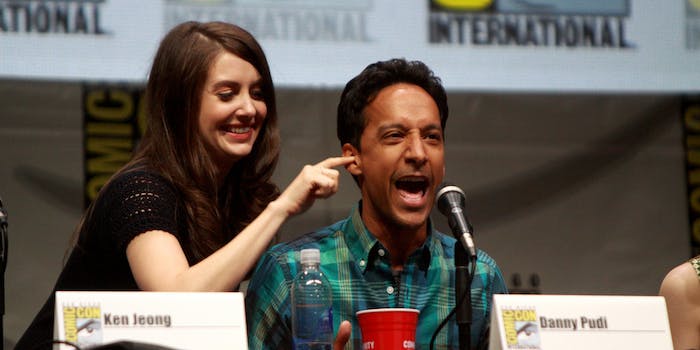 Another semester at Greendale is about to begin.

Yahoo announced that Community, which it brought the cult comedy back from cancellation, will premiere on Yahoo Screen on March 17 during its Television Critics Association (TCA) panel Tuesday.

The Community #TCA15 panel has just begun! And we're live-tweeting the Q&A. Join us! pic.twitter.com/NBNWC5J9F9

Along with the announcement came a promotional video from creator Dan Harmon and the cast members (including new addition Paget Brewster). With a healthy amount of subliminal messaging, they stressed how they didn’t need to tell the audience to know who they are.

“You know Community,” Joel McHale said. “It’s the best show in the history of all-viewed anything. I’m not gonna say television because it’s not on television. You know why? It’s better than television.”

Along with the premiere date came a few details on the upcoming season. Unlike Netflix, which chooses to push out the entire season out at once, Yahoo will embrace a weekly schedule once the first two episodes air on the 17th. And Star Yvette Nicole Brown’s departure will be addressed early—but there’s an option for her character to return.

Two episodes on the 17th, with one episode a week every week thereafter. #TCA15 #Community

#Community EP Dan Harmon on how Shirley is written out: There is a satisfaction to it. #TCA15

On old cast members coming back: "Surprises will be surprises." —@danharmon #TCA15 #CommunityLivesOn

Details are still coming through, but Harmon and crew are sure to emphasize that it will still be the same Community, even though it’s no longer on television.

.@danharmon on if he has a definite end in mind for the show: "I have to continue writing the show as if it's going on for 20 seasons."