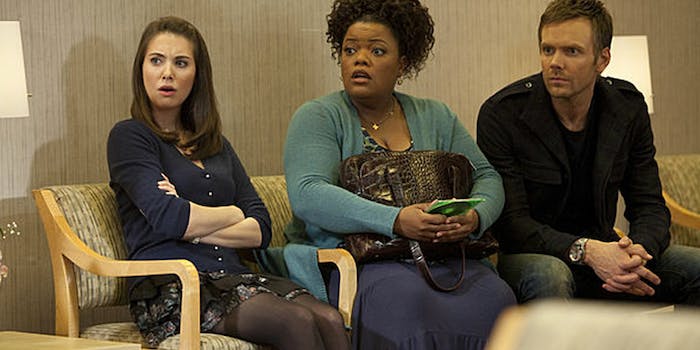 Cult comedy Community needs help and the show’s new leaders, David Guarascio and Moses Port, have a few ideas: adding a laugh track, bringing in comedian Carlos Mencia, or even a wedding.

That’s if you believe a new parody Twitter account created to mock the NBC show following the departure of the comedy’s original creator Dan Harmon last week. Since the anonymous account’s creation Wednesday, it’s racked up around 800 followers with 54 tweets.

Community has long been criticized for not being able to attract new viewers, due its numerous inside jokes and references, and for being too over-the-top to appeal to a broad base. To reverse this, the network brought in Guarascio and Port, best known for writing and producing a show that’s the complete opposite—Just Shoot Me.

The account’s out-of-touch tone makes it an amusing follow on Twitter. It refers to the set of Greendale as Greenhale, considers poaching the writing staff from Hot in Cleveland, and gives core character Annie a catchphrase.

We collected some of the snarky ideas a possibly paranoid fan made for how the fourth season of Community might play out.