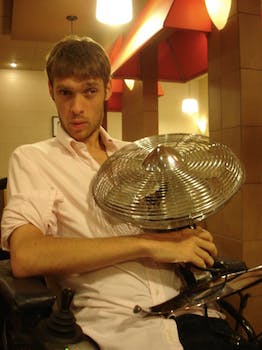 This stand-up comedian who sits down for laughs is about to debut on Oprah's network—and from the looks of it, a hit may be in the works.

The stand-up comedian’s ability to elicit laughs in spite of—or maybe because of—his cerebral palsy made people want him to succeed.

So when he entered himself as a candidate to win his own TV show from Oprah, his fans on Reddit, 4Chan and Twitter worked to make it happen.

Today, Anner debuted the trailer for his OWN (Oprah Winfrey Network) travel show, Rollin’ with Zach, on his Facebook page. The show will follow Zach as he wheels around the country, cracking wise while doing things he never thought possible with his disability.

“Still can’t believe this is happening!” he wrote to his 14,000 Facebook fans.

The Austinite first began amassing fans after his audition video for Oprah’s contest went viral. Anner’s willingness to laugh at his physical disabilities instead of ignoring them charmed viewers into seeing him as the contest’s underdog.

Anner even found a fan in musician and singer John Mayer, who took time to record a video reply to the comedian and to encourage people to vote for him. Mayer offered to write a theme song for the travel show if Anner’s idea was picked. Sure enough, he did end up writing the theme.

“When you’re performing and you’re expressing yourself, I think you’re actually less confined than people who don’t have a disability,” Meyer said in the video. “I think the chair goes away, man. It’s really kind of amazing to watch and I want to see more of it.”