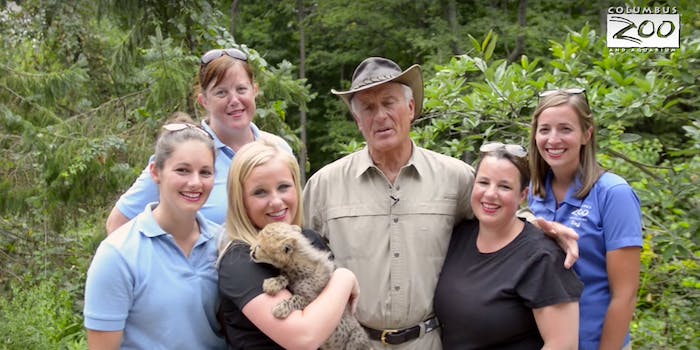 She’ll visit in their wildest dreams.

Taylor Swift, still in the middle of her star-packed 1989 World Tour, will be performing in Columbus, Ohio, for two nights. And the Columbus Zoo would love it if she could swing by while she’s in town.

Because it isn’t enough to simply ask celebrities these questions on Twitter, several of the zoo’s employees banded together to create a zoo-themed music video for “Wildest Dreams.” Considering they work with thousands of animals everyday, arranging the perfect backdrop for the video was easy. The endeavor even received the backing of Jack Hanna, the director emeritus of Columbus Zoo and an acclaimed animal expert.

“I’ve been here for 37 years,” Hanna says in the video. “Will you please come here so these girls will stop for goodness sakes?”

Swift loved the tribute to her work, but she had a question of her own regarding the video’s true star.

.@taylorswift13 that can be arranged. Glad you liked the video!

Don’t we all, Swift. Now go and let us live vicariously through you.