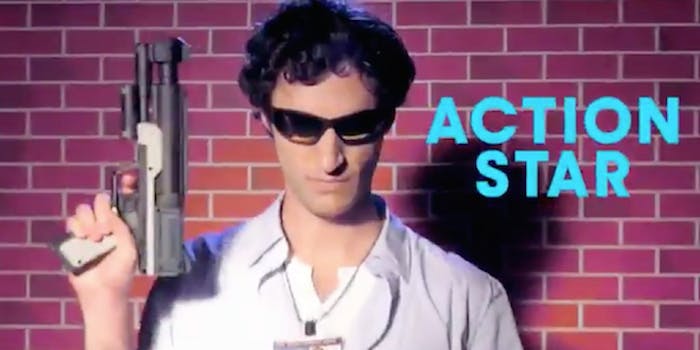 IT guy or action hero? That's the question this webseries will answer.

CollegeHumor is launching a 52-episode weekly comedy series on Go90, Verizon Wireless‘s mobile-only streaming video service. The series, called Fatal Decision, follows an IT worker named Josh as he records an action-hero show in his office during his downtime.

The show is produced by CollegeHumor’s Big Breakfast studio and based on a former CollegeHumor webseries of the same name.

It’s “the ultimate movie within a movie,” Sam Reich, President of Big Breakfast and head of video at CollegeHumor, said in a press release. “We hope that audiences get invested both in the story—that of Josh Mullen, trying to make an action series—and the story within the story—that of Jack Maxwell, unstoppable action hero.”

The show soft-launched last week and will post a new episode every Wednesday.