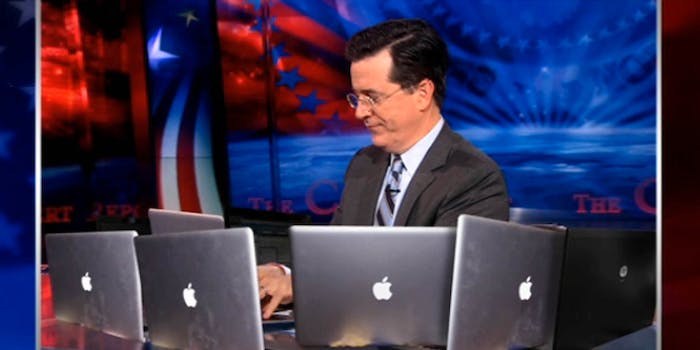 Stephen Colbert really is a true redditor: He thinks the site is going downhill just like the rest of the community.

We’ve known for years that Colbert, the late-night institution taking over David Letterman’s job later this year, reads Reddit. In a new interview on the “Working” podcast with David Plotz, Colbert said that he reads Reddit every morning, but he called it  “not as useful as it used to be.”

After first searching Google News, Colbert said, he then hits Reddit to see what people are talking about.

“I used to feel like it was more stories, less memes,” he said. “Now it’s been consumed by Imgur photographic memes. You can still find it, though, so I’ll go to the news page or the politics page to find what I want there.”

Translation: The Reddit front page is useless, but, if you can wade through the crap, there’s some good still to be found in certain subreddits.

If browsing the comment section on that site is any indication, the truest mark of a redditor is a deep and growing dislike of Reddit.

Screenshot via Dan Correla/Flickr (CC BY 2.0)