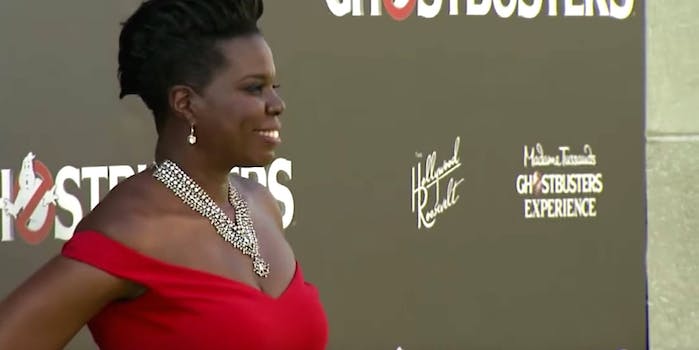 Christian Siriano volunteered for the job.

What could have been a red carpet nightmare came to a happy ending this weekend after designer Christian Siriano rescued Leslie Jones‘ fashion emergency for the Ghostbusters premiere.

In June, Jones tweeted that she was having trouble finding a single designer willing to work on her red carpet look because she isn’t a sample size (0). Siriano happily offered his help on Twitter, tweeting a raised hand and a wave emoji at the SNL star, but the pair never gave official clarification that they’d actually be collaborating.

That is until Sunday, when the Project Runway alum tweeted pics of Jones wearing a custom red gown he designed just for her big night:

Now that's how you do it! Simple, elegant, and chic!! @Lesdoggg at the premiere of #Ghostbusters wearing Siriano! pic.twitter.com/gz3CmGFGaL

“It takes a real designer to design for real women,” Jones told E! News. “That’s what I was saying. I’ll always say that.”