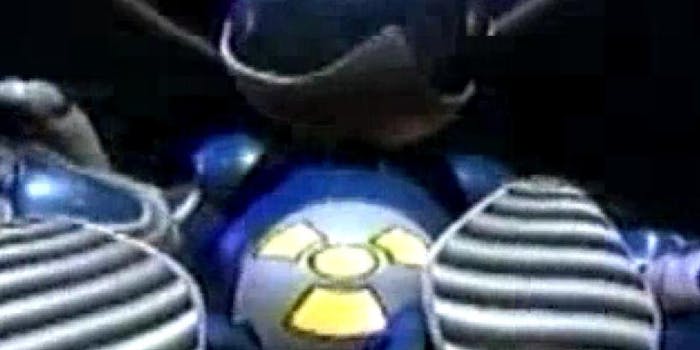 What started as an April Fools' prank has turned into a serious online movement to bring back the popular anime programming block.

Toonami was a popular programming block on Cartoon Network that featured action cartoons and anime favorites like Dragon Ball Z.

The brand existed in one form or another between 1997 to 2008. It was hosted by Space Ghost villain Moltar and eventually by a sarcastic robot named TOM.

The network cancelled the programming block in Sept. 2008, and sometime after that TOM, who was voiced by actor Steve Blum, said his final goodbye.

“Well, this is the end, beautiful friends. After more than 11 years, this is Toonami’s final broadcast. It’s been a lot of fun, and we’d like to thank each and every one of you who made this journey with us. Toonami wouldn’t have been anything without you. Hopefully we’ve left you with some good memories. So, until we meet again, stay gold. Bang.”

On April Fools’ Day, Cartoon Network teased diehard anime fans when it replaced its Adult Swim programming block with Toonami. But as it turns out, the prank may become a reality.

On Reddit more than 150 people debated the idea of seeing Cartoon Network resurrect the programming block.

“This is probably just setting us up for disappointment when it fails miserably,” commented taq_polymerase. “The current Cartoon Network execs fucking hate anime, from what I’ve heard, so I’m pretty skeptical.”

“I hope this isn’t just AS [Adult Swim] trolling anime fans again,” tweeted fm87. “It’s not like they haven’t done it before.”

The news also inspired redditor reseph to start a BringBackToonami group, which collected 730 readers in 11 hours. Moreover, a Change.org petition to get Toonami back on the air has collected 8,500 of 10,000 digital signatures since Cartoon Network aired the April Fools’ joke.

All the excitement even got Blum to weigh in.