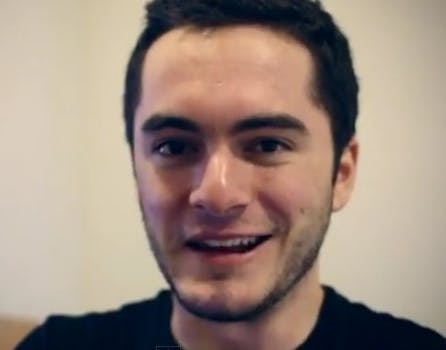 Game commentator joins elite club and does a backflip.

Over the weekend, Jordan Maron, a.k.a. Captain Sparklez, joined the esteemed million-subscriber club on YouTube.

Hitting one million subscribers is a YouTube milestone, and like others before him, Maron filmed a vlog to celebrate. (It’s the closest YouTubers can get to an Oscar acceptance speech right now.)

“That’s kind of crazy” says Maron of his one million subscribers in his video titled
“1,000,000 Subscribers + Backflip :)”

Primarily a video game commentator, Captain Sparklez has been making videos for just over two years now. His 437 videos have been viewed more than 222 million times, with each video getting any where from from 200,000 views to 34 million.

In his celebratory vlog, Maron thanks his fans, saying they’ve “had a life-changing impact, for the better.” He calls his budding YouTube career “a pretty amazing opportunity” and “kind of a dream,” before telling the camera it “wouldn’t be possible without all of you guys.”

Maron, who used to take gymnastics, then played a recent clip of himself performing a round-house backflip—a feat he’d promised to perform for his fans if he hit one million subscribers.

He ends his vlog by saying, “I love you all, hugs and kisses.”

“Your﻿ voice is like coffee creamer, pouring into my ear, and filling my soul,” wrote YouTuber MegaJuanabe. (The comments section was actually filled with numerous marriage proposals.)