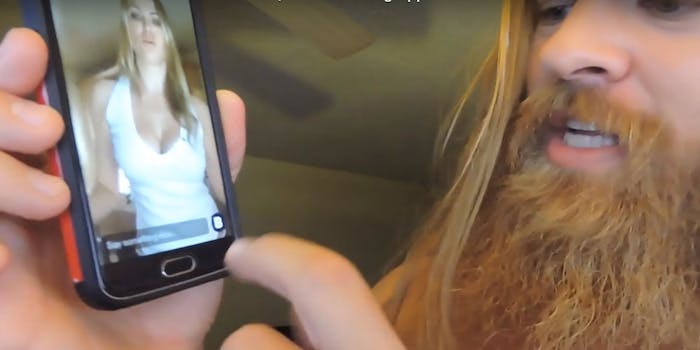 Busker wants to monetize your livestreaming

Busker and the push to turn livestreams into a money-maker.

Attempts at mastering the livestreaming business continue as mega-media companies like Facebook, YouTube, and Twitter (with Periscope), dominate the space. While the big dogs lure major publishers and video creators, monetization on these social media platforms still lacks.

Los Angeles-based Busker, a smaller but ambitious mobile livestreaming app, is aiming to fill that gap with a new commerce feature to help livestreamers make more money and have more control over their broadcasting career destinies. Busker CEO Lippe Oosterhof tells VideoInk that he wants the app to allow indie broadcasters to make real dollars by selling physical products, digital goods and, on occasion, the livestream broadcast itself. The feature would add to the “tipping” option viewers currently have but would represent higher margins for creators.

“Live interactive commerce… enhances the already-successful tipping feature whereby audiences can support creators with real money, not virtual currency. We will also open the door for retailers and brands to monetize through live video in the coming months,” he said.

Busker isn’t the first to build in a digital currency—YouNow, the New York-based startup, has created a sticker and gifting economy within its app that translates to dollars. But according to Oosterhof, this elementary approach targets a younger audience than Busker, which has a more sophisticated broadcaster and viewer on its mobile apps. It’s also less transparent for the creator given stickers don’t have direct values associated, and YouNow takes a 35 percent tax on each transaction. Busker, on the contrary, has embraced a full transparency and only takes a 15 percent slice off the top of each transaction.

And broadcasters who have been active in Busker’s beta are already seeing the upside. Freestyle rapper Fabian Zayas-Luciano (aka therealFABE) has tested the feature by selling merch like his coined “Hat of the Day” and other high-dollar perks. “With just two broadcasts I have already sold enough music, stickers, hats, and other merch to profit well into the hundreds. This gives me an opportunity to sell directly to my fans, and earn money in a very difficult industry,” said Zayas-Luciano.

Comedian Aaron Haber is also testing the feature with an offer to sell a comedy course, his custom bowler hat, and other knick knacks included in his livestreams.