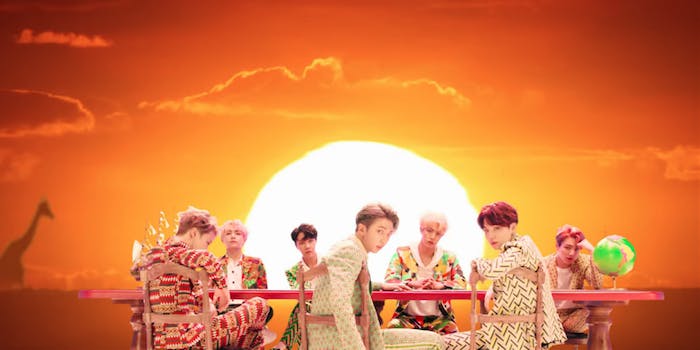 South Korean boy band BTS racked up more than 93 million views on its video for “Idol,” breaking a YouTube record this week for biggest 24-hour debut.

That record previously belonged to Taylor Swift for 2017’s “Look What You Made Me Do.” A YouTube spokesperson confirmed that “Idol” saw more than 45 million views in the 24 hours after its release on Friday, compared to Swift’s 43.2 million.

BTS has a thing for record breaking. In May, the video for “Fake Love” saw the biggest 24-hour debut of 2018, and it currently has more than 294 million views.

The video has also spawned the #IDOLCHALLENGE, after the group posted a video of member J-Hope doing it.